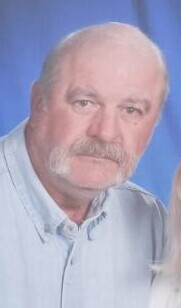 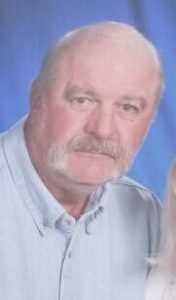 Kim C. Jorae, age 68, of rural Hammond died unexpectedly on Thursday, April 28, 2022 as a result of a farm accident.  He was born September 17, 1953 the son to Arthur and Norma (Holder) Jorae in Lansing, Michigan.  Kim grew up on a farm in Laingsburg, MI, he attended Michigan State University, majoring in animal science. It was at Michigan State where is he met his future wife, Raelle.  They were married on August 2, 1975 and had one son, Jeffrey.  Kim worked for the US Department of Agriculture Packers and Stockyard Administration beginning in Los Angeles followed by a move to Indianapolis and ending in South St. Paul at his retirement in 2002.  In 2002, he went on to full time farming in rural Hammond raising a herd of purebred Limousin and later adding purebred Red Angus cattle.  Kim was very passionate about farming and loved animals.  He is preceded in death by his parents; brother-in-law, Dennis Cornwell; and nephew, Nicky Jorae.  Kim is survived by his wife, Raelle; son, Jeffrey; siblings, Karen Cornwell of CA, Denise (Dave) Bruckman of MI, Nick (Sandy) Jorae of MI, Mitch Jorae of CO; in-laws, Glenn (Nan) Corliss of MN, Janet Richardson of MI, Rosie Corliss of MI; along with his dog, Lindy, special cat, Violet; and numerous other cats.  A funeral service was held Tuesday, May 10, 2022 at 11:00 am First Congregational United Church of Christ (110 N 3rd St.) in River Falls.  Kim’s funeral was livestreamed via the link found at the bottom of the obituary.  Visitation was held on Monday, May 9, 2022 from 4-6 pm at Bakken-Young Funeral & Cremation Services (805 E Division St.) in River Falls and also on Tuesday from 10-11 am at the church.  Burial followed the service.  Arrangements are with Bakken-Young Funeral & Cremation Services.