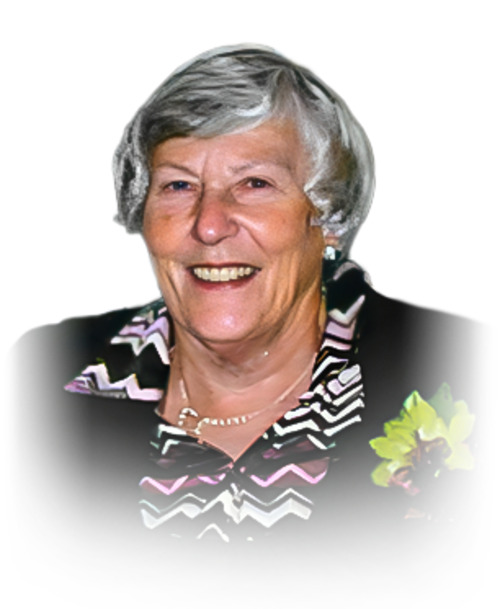 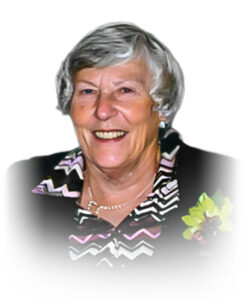 Catherine (Kate) Peper passed away at her home in New Richmond, WI on Friday December 2, 2022 surrounded by her family after a short, but hard fought battle with recurrent cancer. Kate was born on July 6, 1931 in her grandparents’ home in New Richmond to George Albert, Sr and Jessie (Otis) Albert. Kate attended New Richmond schools, graduating from NRHS in 1950. While in high school she worked at Friday Canning and also as a pin setter at the bowling alley. After graduation she biked to Canada and back on a single speed bicycle along with her phy-ed teacher Arlie Foss. She worked at Doughboy Plastics in New Richmond from 1951 to 1966, and then became the best stay at home mom. She continued to do free lance graphic works for many years after leaving Doughboy. While working at Doughboy, she also helped out at her brother’s Texaco station and that is where she met Allan. They were united in marriage on December 1, 1956 at the EUB church in New Richmond. She enjoyed bowling, golfing, snowmobiling, riding motorcycles, putting jig saw puzzles together, her flowers, a friendly game of Jarts at the cabin and most importantly was any activity that involved her family. She was a competitive sports enthusiast. She loved cheering on her children and grandchildren in the many sporting and musical events over the years, rarely missing one. She was a huge fan of all sports, especially the Green Bay Packers and the Wisconsin Badgers. She was a loving wife, mother, grandmother, and great-grandmother. She specifically took pride in the many delicious Holiday meals she had prepared over the years. Family time was very important to her, particularly the time spent at the cabin. She is survived by her husband Allan of 66 years and 1 day, daughter Sandy (Dave) Beebe, son Dave (Lisa Richert) Peper, grandchildren Nick (Ericka) Beebe, Andy (Kat) Beebe, Matt (Courtney) Beebe, John (Kari) Peper, Shaun Peper and Shannon Peper, 8 great-grandchildren, brother George (Bernice) Albert, many nieces, nephews and brothers and sisters in law. Greeting her in heaven are her parents, sister Bede Emerson, parents in law Harvey and Alice Peper, brothers in law Allen Emerson, Richard Peper, Ronald Peper, Curtis Peper and sister in law Marcia Kittel. A Celebration of Kate’s Life was held on Saturday, December 10, 2022 at 12 noon at Bakken-Young Funeral & Cremation Services 728 S Knowles Avenue New Richmond, WI.  Visitation was also on Saturday from 10 am – 12 noon at the funeral home.  Interment was in the New Richmond Cemetery.  Arrangements are with Bakken-Young Funeral & Cremation Services.

Click here to watch the recording of Catherine’s Memorial