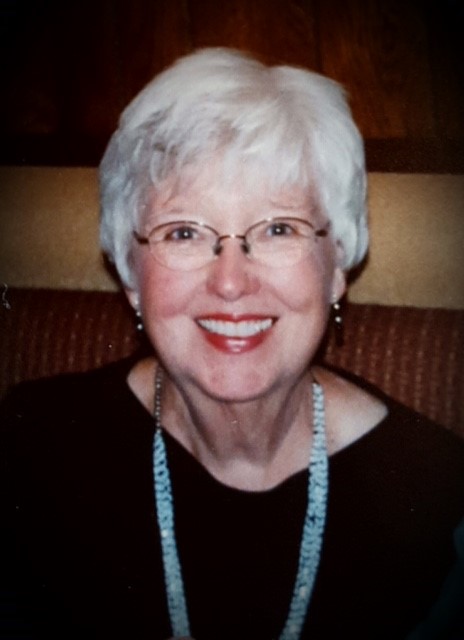 March 12, 2016
June L. (Fleischauer) Gibson, passed away on Friday, March 11, 2016, following a brief illness.  She was 80 years old.
June was born on June 15 1935 in St. Paul, MN to Gaylen and Marcella (Ryan) Fleischauer.  She grew up in South Saint Paul and then   moved to a farm on “County Line” east of River Falls in 1947 at the age of 12.  June then attended country school where she assisted in teaching the younger children prior to entering high school in River Falls. After graduation, June worked her way through college as a clerk at Dewey’s Drug store.
On July 6 1957 June married her high school sweetheart, Jerry A. Gibson at Ezekiel Lutheran Church.  They made their home on the Gibson family dairy farm on Hwy 65 just outside of River Falls.
June taught Language Arts at the New Richmond, WI High School from 1957-1964.  She began her teaching tenure at River Falls High School in 1968 and retired from the district in 1997.  During her time at RFHS, she taught sophomore language arts and advanced composition as well as a wide variety of elective courses. Besides her teaching, June lead a variety of co-curricular activities including Cheerleading advisor, Forensics Coach, Department Coordinator as well as supervising a wide variety of school functions.  June and Jerry raised two equally active children, Karen and Diane. She enjoyed supporting their many responsibilities in band, choir, 4-H, piano, horse shows, school sports and church. Later, June became her grandchildren’s number one fan at sporting events, plays and concerts.
June was a longtime member of Ezekiel Lutheran Church where she helped manage the library and sang as an alto in Ezekiel Sr. Choir.  Not only did June hold offices on the church council she also enjoyed participating in women’s circle and WELCA meetings.
After becoming wheel chair bound in 2006 June remained active attending grandchildren events, taking an Alaskan cruise, going to the theater, Barbershop concerts, participating at church and wintering in Florida.
June will be deeply missed by her husband Jerry of nearly 59 years along with her two daughters, Karen (Jeff) Rodewald and Diane Clark, her grandchildren, Dan (Brittni), Eric and Elizabeth Rodewald, Nathan Clark and great-grandchild, Hunter.  She was preceded in death by her parents, Gaylen and Marcella, her brother, Larry and grandson, Thomas Rodewald.
A memorial service was held Friday, March 18, 2016 at 11 am at Ezekiel Lutheran Church.  Visitation was Thursday from 4-7 pm also at Ezekiel Lutheran Church and 1 hour prior to the service.  Private interment at Greenwood Cemetery.   In lieu of flowers the family requests memorial gifts to the Ezekiel Lutheran memorial fund.
Arrangements are with Bakken-Young Funeral & Cremation Services of River Falls.