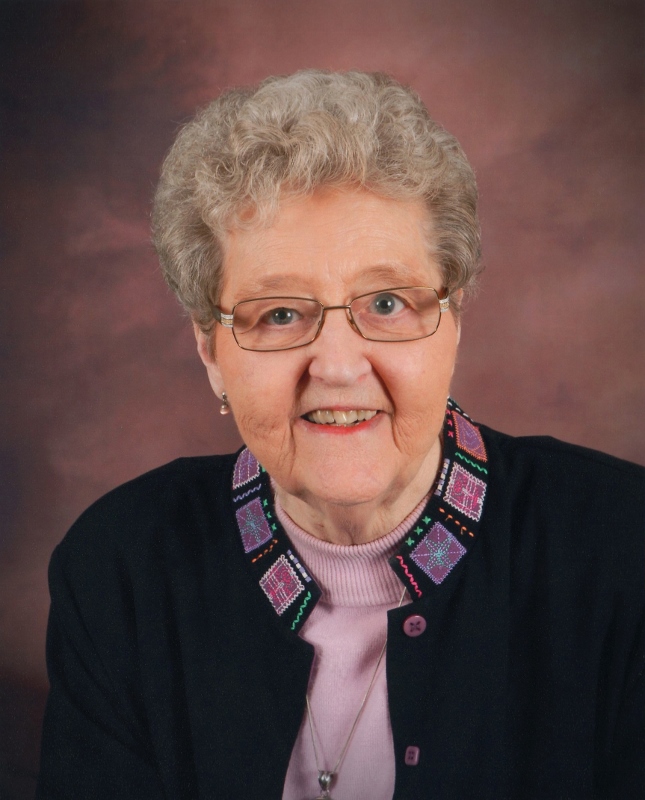 Joyce E. Sutten, age 80, of River Falls, WI died Sunday, November 23, 2014 at her home.  She was born the daughter of William and Dora (Fornell) Markgren on November 25, 1933 in Cumberland, WI.  Joyce graduated from Cumberland High School in 1951.  After graduation, she attended Logan College of Chiropractic, in St. Louis, MO to be trained as a Chiropractic Assistant. Joyce returned to Cumberland and was employed at the Toftness Chiropractic Clinic. On December 18, 1954, she married Laurence W. Sutten at Augustana Lutheran Church in Cumberland.  They began their life together in Stillwater, MN and started their family, eventually giving them 5 daughters.  In 1959, they moved to River Falls, WI.  Joyce worked part-time at Westside Elementary school as an aide; and later worked in the English Department at UW-River Falls.  Joyce was an active member and volunteer at Ezekiel Lutheran Church and throughout the River Falls community. She was a role model to her daughters.  Joyce liked to cook, bake, and entertain; nightly dinners together as a family were important to her.  Joyce had a competitive spirit, and greatly enjoyed playing Bridge, 500, Dominoes and many other games.  In her early retirement years, Joyce and Laurence spent their winters in Mesa, AZ.  She loved to plan trips and traveled in the US and abroad.  Joyce will be greatly missed by her husband, Laurence; daughters, Kathyrn (Dale) Newton, Debra (Dale) Hagen, Lori (Ken) Swenson, Mary Beth (Tim) Skunes, Betty (Bill) Proesch; grandchildren, Mitchell Swenson, Brody Swenson, Michael (Rachel) Skunes, Kelly Skunes, Jennifer Newton, Holly Newton, Ellen Proesch and Claire Proesch; sister, Judy Sirianni; sister & brother-in-laws and many nieces and nephews.  She was preceded in death by her parents and sister, Janice Ricci.  A memorial service was held Saturday, November 29, 2014 at 11:00 am at Ezekiel Lutheran Church, with visitation one hour before service.  Private family interment was in Greenwood Cemetery.  Memorials are preferred.  Arrangements are with Bakken-Young Funeral & Cremation Services of River Falls.