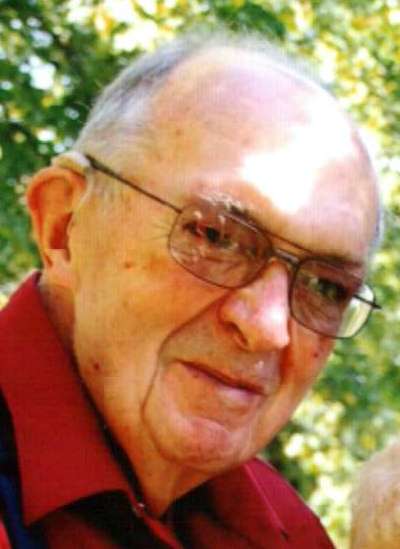 Joseph B. Herricks age 77 died Friday, September 14, 2012 at the River Falls Area Hospital.  He was born December 20, 1934 to Margaret Herricks and raised by his grandparents Ben and Amelia Herricks.  Until the age of 9 or 10, Joe was raised on a farm by Rice Lake and attended country school.  He graduated from Rice Lake High School with the class of 1952.  During high school, he worked for his uncles, Dick Sirek and Lawrence Herricks on their farms and the fall following high school, Joseph adventured across the U.S. finally settling in Colorado on a ranch.  He was in the Merchant Marines on ore ships from 1955-1956 and from 1957-1961, he served in the Army in Germany as a code breaker.  Following the time in Germany, Joe served on troop ships, finally landing in the Marshall Islands on a missile base in Kwajalein Island as a radio deck hand from 1966-1969. Upon returning home, he attended vocational-drafting school and in 1972 he worked in the twin cities as a draftsman.  Joe met and married Rosetta Stewart Bartlett in 1982 becoming a husband, father and grandfather all at once.  He is survived by his wife, Rosetta Mae Herricks; step-son, Greg Bartlett; grandchildren, Jason (Shannon) Bartlett, Nicole (Stephen) Johnson, Jenson Bartlett, Andrianna Bartlett, Tanner Bartlett; great grandchildren, Raegan and Layne Johnson and James Bartlett; brother, Rick Sirek and wife, Joan A. Palm; numerous nieces, nephews, cousins and friends.  He was preceded in death by his grandparents, Ben and Amelia Herricks; mother, Margaret Herricks; step-son, Brian Bartlett; and close uncles and aunts.  A memorial service was held Sunday, September 16, 2012 at 6:00 pm at First Baptist Church in River Falls.  Visitation was also Sunday from 5:00-6:00 pm at the church.  All are welcome to dinner following the service.  Interment will be at a later date at Fort Snelling National Cemetery in Minneapolis.  Arrangements are with Bakken-Young Funeral & Cremation Services of River Falls.