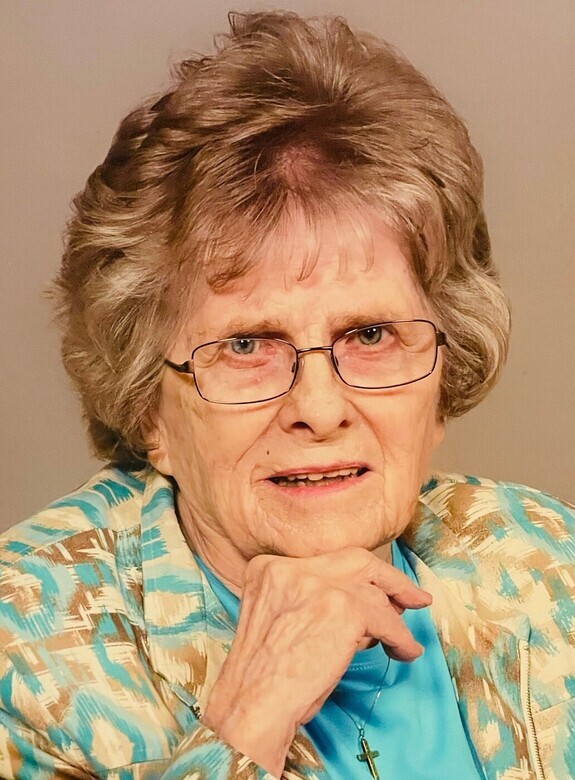 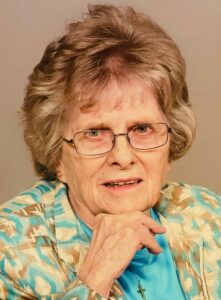 Joan Wekander, 92, of Council Bluffs, IA passed away on October 6, 2022, at Hansen House in Council Bluffs surrounded by her loving family. Joan was born in Detroit, MI, one of two children to Raymond and Ellen (Lyndrup) Voigt. Joan and Eugene Wekander were united in marriage on June 17, 1949. They were blessed with 6 children. Joan graduated from Arthur Hill High School in Saginaw, MI. She earned a BS degree from Dana College in Blair, NE and her Masters Degree in Art from UW Superior in 1975. As a lifelong learner, Joan continued her education gaining certificates in Reading and Learning Disabilities. Joan taught school in Elk Horn, IA 1963-1967; New Richmond Schools 1967, retiring in 1987. After retirement, she continued to substitute teaching for several years. Her interests were many. Using her artistic ability, she learned and created many Stained Glass, Pottery, Wood Carving, and Macrame’ projects. Quilting and embroidery projects were her next focus, making beautiful quilts and embroidery towels for all of her children and grandchildren. Joan was preceded in death by her parents, beloved husband, Eugene in 2013; son, Mark in 2014; son-in-law, Roger Wistrcil in 2018. She is survived by her children, Linda (Rich) Sorensen, Faith (Mike) Patterson, Kristie (Steve) Swanson, Barbara Wistrcil, and Pamela (Dave) Rahn; 15 grandchildren and 16 great-grandchildren. She is also survived by Wanda Luark, longtime caregiver/friend. Joan was a wonderful role model to her children, grandchildren, and all family members. She will be missed. A funeral service was held Saturday, October 8, 2022 at 2:00 pm at West Immanuel Lutheran Church in rural Osceola. Visitation was also on Saturday from 1:00-2:00 pm at the church. Interment followed the service in West Immanuel Lutheran Church Cemetery. Arrangements are with Bakken-Young Funeral & Cremation Services.