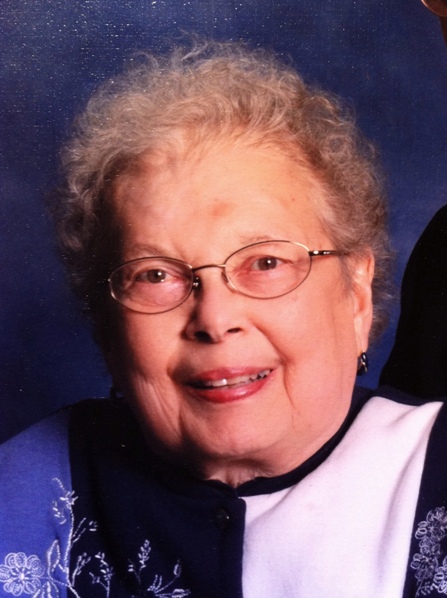 Joan M. Tubbs, age 79, of New Richmond, WI, died Saturday, September 24, 2011 at Westfields Hospital in New Richmond with her family at her side.  Joan was born the daughter of Paul and Elvera (Olson) Westberg in New Richmond On December 12, 1931.  She graduated from New Richmond High School in 1949. Following her completion of a certificate program at the Wilder Technical Institute in St. Paul, MN Joan worked in the lab at Holy Family Hospital in New Richmond until her marriage.  In 1953 she met the dashing young pharmacist who had come to town in 1951, and after a brief courtship, she married Wayne L. Tubbs on August 21, 1954.  Joan was an active member of the community and her church, always willing to volunteer when help was needed.  As a strong advocate for music and music education, she was a founding and life member of the New Richmond Fine Arts Council and a life member of the New Richmond Preservation Society.  She was particularly proud of her Swedish Heritage and was a life member and fifteen-year volunteer at the American Swedish Institute in Minneapolis.  She served as church organist at the Evangelical United Brethren Church, and later at the United Methodist Church, and played the organ for funerals and weddings at virtually every church in the New Richmond area.  She enjoyed traveling, and following their retirement in 1991 Wayne and Joan spent many of the winters in Arizona, Florida, and other southern states.  She was an accomplished seamstress and was an avid handicrafter.  She was preceded in death by her parents and her brother Warren John Westberg.  She is survived by her husband, Wayne; daughter Anne and husband Manuel Prestamo of Tulsa, OK; son John and wife Catherine Prendergast of Urbana, IL; grandson John Sigurd of Urbana;  and special cousins Richard  and Carol Olson and children of Minneapolis,  Judy  and Mark Lautenschlager and children of Coon Rapids, MN, and Frank Werner and children of St. Croix Falls, WI.  A funeral service was held Monday, September 26, 2011 at 1:00 pm at New Richmond United Methodist Church.  Visitation was held Sunday, September 25, 2011 from 2:00-5:00 pm at Bakken-Young Funeral Home Beebe Chapel in New Richmond and also Monday from 12:00-1:00 pm at the church.  Interment was in the New Richmond Cemetery.  Arrangements were with Bakken-Young Funeral & Cremation Services Beebe Chapel of New Richmond.