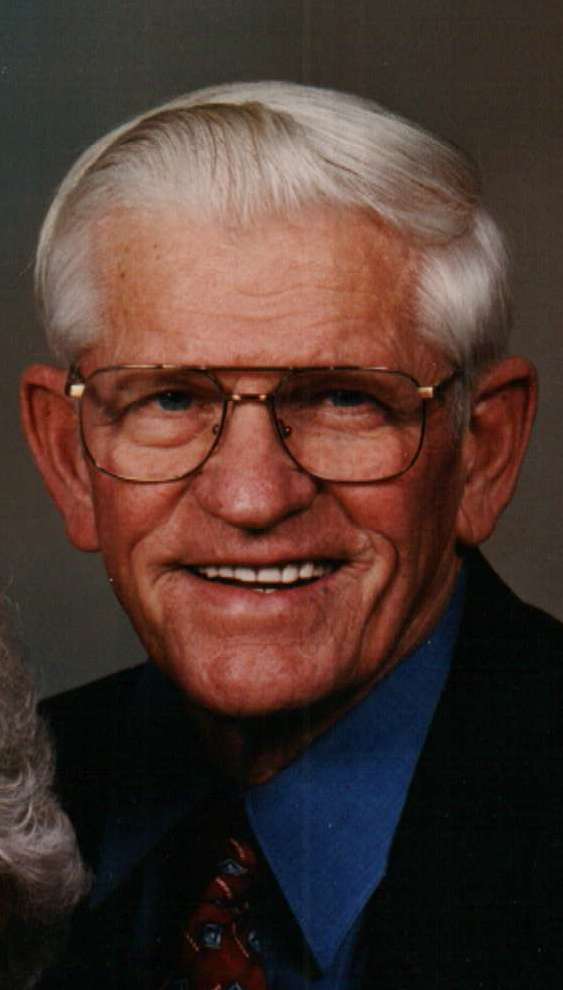 James Albert Ruemmele, a life-long third generation dairy farmer in Troy Township, died December 30 at the age of 83 at Red Cedar Canyon assisted living facility.  Jim, as he was known to everyone, was born June 3, 1929 to Jacob and Amelia (Feyereisen) Ruemmele. He attended rural grade school and graduated from Hudson High school, where he was a member of the high school boxing team. He furthered his education at UW-Madison, completing their heralded short course farm program, before returning to the homestead to farm. He enjoyed farming his entire life beside his father Jake, and later with his son Larry, who continues to operate the family dairy operation.

Jim was married in 1954 to Colette Salmon and is survived by her and their six children; Rochelle (Frank) Kugel of Shawano, Richard (Ruth Giron) of Prescott, Larry (Mary Anne) of Hudson, Bridget of Kingston RI, Maureen (John) Fassbinder of Hudson and Will (Denise) Ruemmele of Elkhorn.

Jim was a doer and threw himself with entirety into anything he ever tackled. He prided himself on his farming and mechanical techniques. Nothing made him prouder than weed-free, straight rows of corn and soybeans, and his use of contour farming to control erosion. He could fix anything and nothing pleased him more than to involve his family, relatives, neighbors and friends when help was needed or given. Nobody did more with less than Jim did.

Jim also prided himself on self-teaching throughout his life. Most notably was his discovery and devotion to woodworking on the lathe, that enabled him to produce turned wood pieces that proliferate the local landscape to this day. His craftsmanship of bowls, chalices, urns, and plates earned him many featured newspaper articles,  and some of  his wares have made it all the way to the bishop’s altar.

Fishing in Canada with his cousins and friends, deer hunting, ice car racing, playing the accordion for his children, participating in various Knights of Columbus activities, hosting 4th of July parties, cheering on the Minnesota Vikings, playing and watching golf, attending the Minnesota State Fair, and an unmatched devotion to playing cards are just some of the pleasures that Jim squeezed out of life. His wife, children, neighbors, friends and relatives were of vital interest to him and he did everything possible to intertwine all those around him in his various activities.  Jim’s homemade fudge, buttered popcorn, and Colette’s home-made pecan pies were his primary food groups. He never missed the opportunity to attend a local or family celebration. The Ruemmele motto was be the first to every party and be the last to leave. He attended church, family activities and card clubs until the day of his death.

Mass of Christian Burial was held Thursday, January 3, at 11 am at St Patrick’s church in Hudson. Visitation was at the church Wednesday, January 2 from 4-8pm with a prayer service at 7:30 pm, as well as one hour before the funeral service (10am) on Thursday. Guests are encouraged to bring a favorite picture and story to the celebration of Jim’s life.  Interment was in St. Patrick’s Cemetery in Hudson.  Arrangements were with Bakken-Young Funeral & Cremation Services of Hudson.