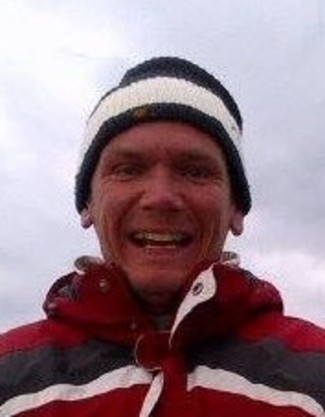 Jeffrey Dean Carlson, age 44 of River Falls passed away on Monday, November 28, 2016 at his home.  Jeff was born May 14, 1972 the son of Dean and Judy (Bergstrom) Carlson.  Jeff graduated from St. Croix Falls High School in 1990 went on to further his education at UWRF graduating in 1995.  On March 8, 2006, Jeff was married to Amber Gresen in the Dominican Republic.  He spent the past 19 years in the security industry.  Jeff had deep love for hunting, fishing and travel.  He spent his 40th birthday in the Mediterranean on a cruise.  His children were the light of his life.  He will be remembered for his smile, his joy for life, his cooking and gardening.  He is preceded in death by grandparents, Wendell and Dorothy Carlson and Chester Carlson.  Jeff is survived by his wife, Amber Carlson; children, Ascher Carlson and Mischa Carlson; parents, Judy (Brian) Hanson and Dean (Chris) Carlson; siblings, Kim (Jack) Lundgren and Craig (Jamie) Carlson; nephews, Hunter Carlson, Boe Carlson; grandparents, Myron and Verle Bergstrom; and many more relatives and friends. A Funeral Service will be held on Saturday, December 3, 2016 at 11 am at HOPE Lutheran Church 3337 Kingsbarn Avenue, River Falls, WI.  Visitation will be held on Friday, December 2, 2016 from 4-8 pm at the Bakken-Young Funeral Home 805 E Division Street River Falls, WI, and on Saturday from 10-11 am at the church.  Interment will be on Saturday at 3 pm in the Cushing Cemetery Cushing, WI.  In lieu flowers, memorials may be directed to an education fund for Jeff’s children that is established at the River Falls branch of Westconsin Credit Union.  Arrangements are with Bakken-Young Funeral & Cremation Services of River Falls.