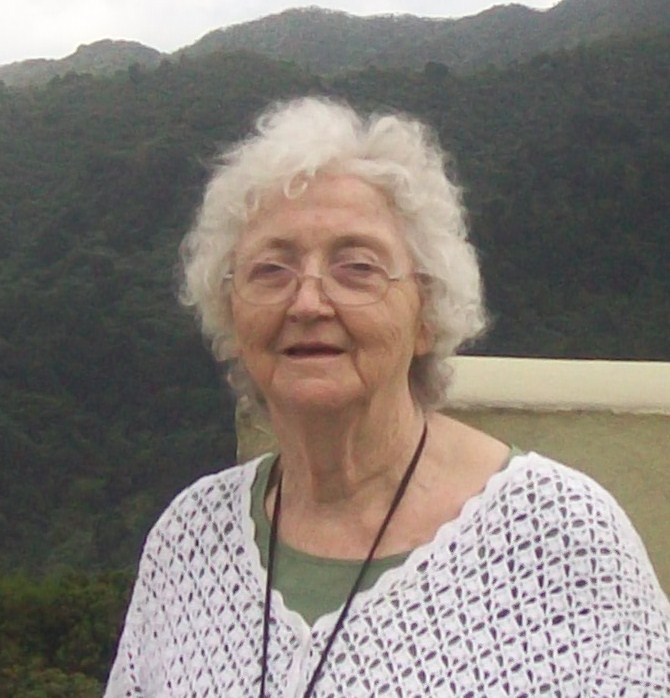 Janice Mae Clark died peacefully on 07/26/2012 at the age of 80 after having waged a short battle with liver cancer.  Janice was born 9/1/1931 to Edward and Anna (Spears) Hall in LaCrosse WI. The last few weeks of Janice’s life were spent at her daughter Kathryn’s home in New Richmond WI under the care of Adoray Hospice, with help of her daughters Kathryn and Anne, her granddaughter Jennifer Zinsmeister and great-granddaughter Victoria Zinsmeister.  After graduating from Ontario High School, Janice married LaMont Clark.  Janice and LaMont were married for 58 years at the time of his passing in 2007.  Together they raised ten children in the Tomah WI area.  Janice was a helpmate to LaMont while farming and also when he started his own masonry business.  Janice was not afraid to chase the cows back into the fields or haul gravel with the dump truck.  She always said she got her strength from LaMont to face any task or adversity in their life.  Janice was preceded in death by her parents Edward and Anna, her husband LaMont, her children Robert Clark, Thomas Clark, Darla Van Kirk, and Dawn Brown, grandchild Richard Clark, her brothers Bobby Hall, William Hall, her sisters Myrtle Hall, Adeline Pettygrove and Eda Jacobson and her son-in-law Albert John Zinsmeister.   Janice is survived by her children Steven (Alice) Clark of Winter, WI, Kathryn Zinsmeister of New Richmond, WI, Rosanne Clark of Stevens Point, WI, Anne Quist of Winter, WI, Timothy (Jessica) Clark of Tomah, WI, and Scott Clark of Tomah, WI, 17 grandchildren, 25 great grandchildren, her sister Karleen (Gordon) Pingel of Royal AR,  along with numerous other relatives and friends.  Also her two dogs Teddy Bear and Buttercup who were companions before and after LaMont passed.  A memorial service was held at the Torkelson Funeral Home in Tomah, WI on Wednesday, August 1, 2012 at 11:00 am.  Interment was in the Greenfield Cemetery.  Cremation services were provided by Bakken-Young Funeral & Cremation Services Beebe Chapel of New Richmond.