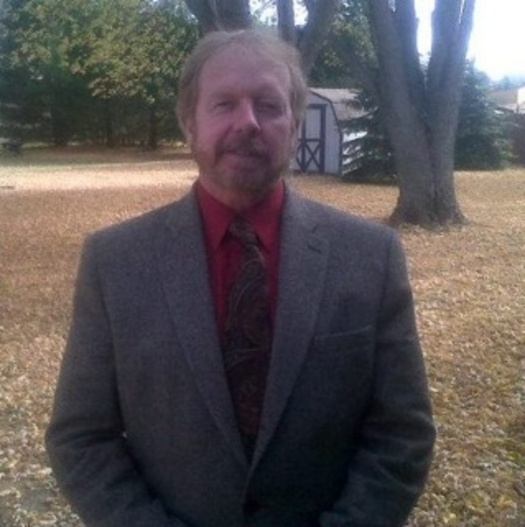 James Edward Stewart, age 62 of rural Osceola, WI, died at his home on Tuesday, September 20, 2016.  Jim was born the son of Carl and Faye (Bearden) Stewart on July 22, 1954 in Little Rock, Arkansas.  The family moved to Racine, WI where Jim was raised and graduated from Racine High School.  After high school, Jim joined the U.S. Marine Corps.  On September 15, 1979, he was married to Rhonda Backstrom in Fall Creek, WI.  They moved to rural Osceola, WI in 1984.  Jim worked as a service manager for All Weather Roof in Minneapolis, MN for over 35 years retiring in 2012.  He enjoyed hunting, fishing, riding four-wheeler, and going for walks with his dogs.  Jim was a hard-working, quiet, conservative man who was generous and caring and always greeted you with a smile.  He is preceded in death by his father, Carl Stewart; wife, Rhonda Stewart; and brother, Victor Stewart.  Jim is survived by his children, Amber Stewart and Jesse (Terena) Stewart; grandson, Ryan Herbert; mother, Faye Stewart; step-mother, Gail Stewart; siblings, Kenneth Stewart, Terri Leslie, Kim Criner: special friend, Sharon Frauenholtz; and many other relatives and friends.  A Funeral Service was held on Saturday, September 24, 2016 at 11 am at West Immanuel Lutheran Church in rural Osceola, WI.  Visitation was held on Friday, September 23, 2016 from 4-8 pm at West Immanuel Lutheran Church Servant Hall and on Saturday from 10-11 am at the church.  Interment was in West Immanuel Cemetery.  Arrangements are with Bakken-Young Funeral & Cremation Services Beebe Chapel of New Richmond.