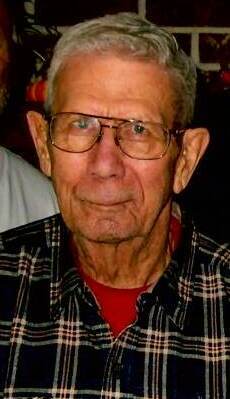 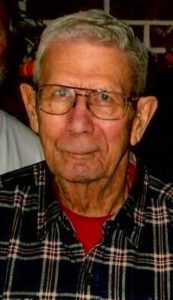 James was born on July 6, 1924 in Hudson, to James C. and Bertha (Miller) Staberg.  He grew up in Hudson.  Jim enlisted in the Army during his senior year in High School and came back from basic training for graduation where he led his class wearing his uniform.  He served in the 11th Cavalry 36th Recon as a jeep mounted machine gunner and company bugler.  He fought in the Battle of the Bulge and at wars end instead of coming home was assigned to Nuremberg during the trials.  He was recalled during the Korean War but was stationed in Germany for the duration.

Jim was joined in marriage to Ruth Erickson on June 25, 1947 at Bethel Lutheran Church by Rev. O.C. Thompson.  Their marriage was blessed with three boys, Steven, Bruce and Kevin.  They were married for 69 wonderful years.

After serving his country, Jim worked for the American Can Company in St. Paul, Minnesota until his retirement.

Jim enjoyed hunting with his boys at the cabin, goose hunting in Canada, building and flying model airplanes, trap and rifle shooting, restoring his 1941 Army jeep, woodworking, and having coffee with his friends at County Market.