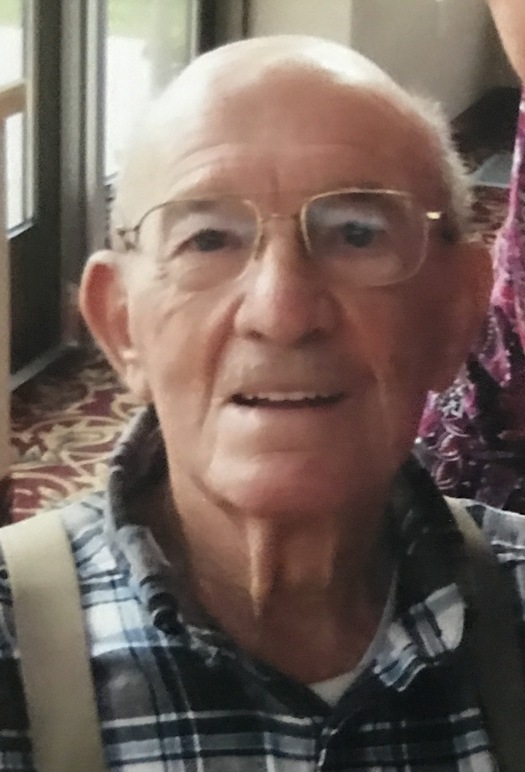 James E. Kline, age 90 of Somerset, WI, died on Tuesday, June 27, 2017 at The Gathering in Stillwater, MN.  Jim was born the son of James F. and Lizzy Kline on May 21, 1927 in Kittanning, PA.  He attended school in Kittanning.  Jim enlisted in the Army, serving in the Army Air Corps for 4 years. Jim was a proud WWII veteran. He then re-enlisted in the Air Force, serving for another 21 years.  After is his military career, Jim worked as a custodian in the public school system.  Jim met his wife Jeanine in 2004 in Mesa, AZ.  They were married on December 22, 2012.  He was a lifetime member of the VFW and the American Legion.  Each fall the past 3 years, he enjoyed speaking to the local 8th graders about his military service.  Jim was a wonderful husband.  He enjoyed dancing, and loved to tell stories.  He is preceded in death by his parents, and brother, Earl Kline.  Jim is survived by his wife, Jeanine Kline; children, Rita Kline, Ruth Kane, Jimmy (Theresa) Kline; step-children, Terri Vasquez, Todd Chinander, Tami (Dean) Swenson; 5 grandchildren and  5 step-grandchildren; many great-grandchildren and step great-grandchildren; sister, Lilly Mae Kline; and many other relatives and friends.  A Memorial Service was held on Friday, June 30, 2017 at 11 am at St. Luke’s Lutheran Church in New Richmond, WI.  Visitation was also Friday from 10-11 am at the church.  Interment was in Ft. Snelling National Cemetery on Friday, July 14, 2017 at 11 am.  Arrangements are with Bakken-Young Funeral & Cremation Services Beebe Chapel of New Richmond.