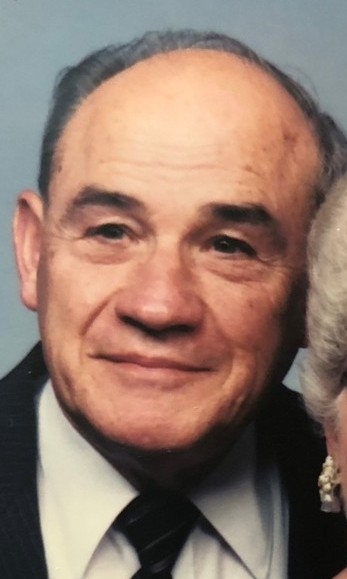 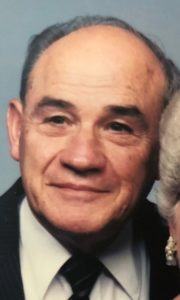 James Mayo Hall, age 91, of New Richmond, WI died Sunday, September 1, 2019 at the St. Croix Health Center. He was born in Boynton, Georgia on May 1, 1928. Mayo graduated from the University of Chattanooga and began a career as a Physicist at American Lava, which was later purchased by 3M. Mayo also had a job in Chattanooga at a local radio station. He married Norma Rae Hampton and to this union was blessed with two children. Mayo was active at Roseville Baptist Church, Roseville, MN. He was Minister of music for 25 years, Church Training director and Bible study leader. He was an accomplished musician and wrote his autobiography. While working for 3M he was developer for compact disc coating along with two other patents. He also was a 3M Circle of Excellence Award recipient. Mayo will be remembered for being a man of faith and integrity, a loving husband, father and beloved grandfather. He was charitable and always willing to help others in his community. Mayo was a good neighbor who was committed to Christ through serving His church and others. He was preceded in death by his parents, John and Addie Hall; sister, Katharyn Ashworth; brothers, John and Stephen Hall. Mayo is survived by his wife, Norma Hall; son, James Michael (Michelle) Hall; daughter, Lynne (Bernie) Wollenberg; grandchildren, Rebekah (Eric Brown) Hall, James Alexander Hall, Thomas Wyatt Hall, Caitlin Wollenberg and Allan Wollenberg; brother, Paul (Peggy) Hall; nieces and nephews. A funeral service was held Saturday, September 7, 2019 at 11:00 am at Roseville Baptist Church, 211 W County B2, Roseville, MN. Visitation was held Saturday 9:30-11:00 am at the church. Interment was in Garden of Memories cemetery in Belton, SC on Saturday, September 28, 2019. In lieu of flowers the family would like donations made in James Mayo Hall’s memory online to the Alzheimer’s Foundation of America https://alzfdn.org/support-us/donate/ or via check made to: Fund to Benefit St. Croix Health Center. Notifications of donations can be sent to rebekah.hall@movement.com. Arrangements are with Bakken-Young Funeral & Cremation Services.