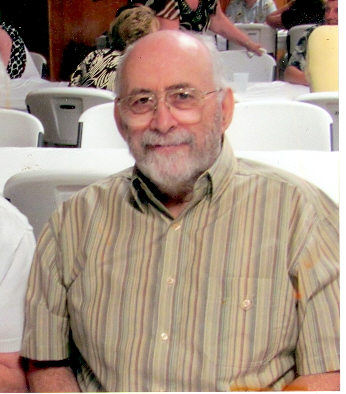 James P. Gillis, age 76 of Hammond joined his son Michael on December 10, 2010.  Jim was born the son of C. Gust and Elizabeth Ann (Hawkins) Gillis on April 22, 1934 at home on the farm at Woodville, WI.  He graduated from high school in 1951 and began farming with his father, Gust and brother, Bill.  He served in the Army during the Korean Conflict returning from service in 1954.  On May 26, 1956, he married Ila Smith in Glenwood City, WI.  Jim farmed the home farm at Woodville from 1955 until retiring and moving to Hammond.  He had a passion for travel that took them to all 50 states, Europe, England, and lastly to Ireland.  His Windstar carried both he and Ila to all 49 states.  Jim had a passion for learning about the Civil War and their travels took them to all of the major battle sites and most of the minor ones, some many times over.  He was a member of Holy Cross Lutheran Church and served on the church council, the National, State and County  Holstein Breeders Associations, president of the St. Croix County 4-H Leaders Association, and board member and current president of the Glenwood Area Historical Society.  He loved life, his wife of 54 years, Ila, his children, Melanie (Rich) Lee, Mark (Joann) Gillis, Morena (Kevin) Kelly; grandchildren, Elise, Caryn and Nicholas Lee, Michaelann and Samantha (Faron Fuller II) Gillis, Melanie Rose Gillis, and Sabrina, James, and Sonja Kelly; great-grandchildren, Riley and Dominik; brothers, Bill (Bev) Gillis and Don (Connie) Gillis; in-laws, Bob (Judy) Anderson, Myra (Jerry) Wold, Darel (Sandy) Smith, Dean (Colleen) Smith; and many nieces, nephews, relatives and friends.  A Funeral Service was held Tuesday, December 14, 2010 at 11 am at Holy Cross Lutheran Church in Glenwood City, WI.  Visitation was held Monday, December 13, 2010 from 4-7 pm at Holy Cross Lutheran Church and on Tuesday from 10-11 am.  Interment will be in Greenwood Cemetery in River Falls, WI.  Memorials are preferred.  Arrangements are with Bakken-Young Funeral & Cremation Services of Baldwin.