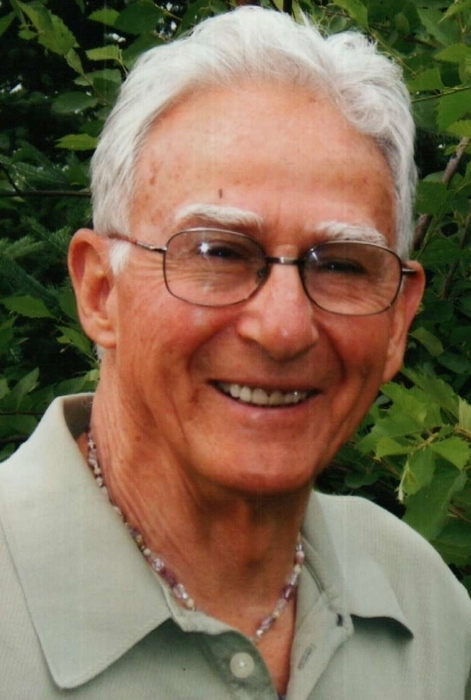 Herbert “Herb” Florczyk age 87 of Hudson, formerly of River Falls passed away Saturday, July 2, 2016 at Red Cedar Canyon in Hudson. He served his country in the U.S. Army from 1947-1952 stationed in Northeast Africa during the start of the Korean Conflict. His first job after the Army was in Duluth, Minn as a Broadcast engineer at KDAL-TV where he met his wife-to-be, Mary Ann. On July 23, 1954, they married, which lasted 35 years. In addition to KDAL-TV, Herb worked for RCA. Herb retired from 3M and during his retirement he traveled back to Africa. He was a Master Gardener and loved running and most running sports. Herb was a co-founder of the St. Croix Valley Soccer Association and the St. Croix Striders. Herb could always be found enjoying nature and he loved to share his enthusiasm with people. He is survived by his children Andrea (Jerry) Nelson, Greg (Terrill) Florcyk, Alison (Dave) Semotink; grandchildren, Kristin (Addam) Hoogheem, Dan Jones, Erin Jones, Emma Florcyk, Brandon McClune, Charlie Nelson, Billie Nelson; great-grandchildren, Kennedy, Kasey and Willie; sisters, Annabelle Winthrop, Eileen (Mike) Pagkos; many special nieces and nephews. Herb was preceded in death by his parents, Martin and Annabelle; former wife, Mary Ann. A Celebration of Herb’s Life was held Friday, July 8, 2016 beginning at 1:00 pm with a service at 2:30 pm followed by military honors and continuing until 4 pm at Bakken-Young Funeral Home (805 E Division St.) River Falls. Private family interment will be held at a later date. Arrangements are with Bakken-Young Funeral & Cremation Services of River Falls.