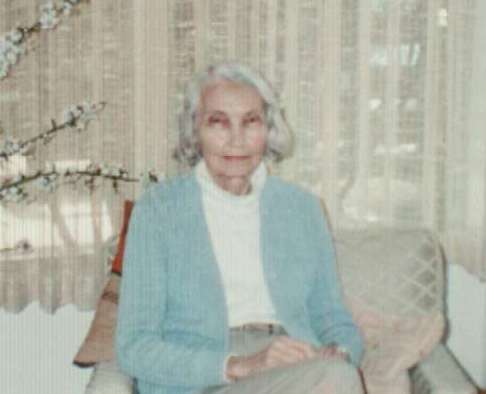 Helen Elizabeth Jensch died June 27, 2011 at the Deerfield Gables Care Center in New Richmond.  She was born on March 8, 1917 to Joye L. and Elizabeth (Perrin) Johnson. Helen, better known as Betty to her family and friends graduated from New Richmond High School. She attended Carlton College in Northfield, Minnesota and Katherine Gibbs Secretarial School in Providence, Rhode Island. She married Herman Allen Jensch in October 1940. Betty is survived by her son Douglas, her sister Mary Jean, nieces and nephews. Her husband Herman preceded her in death.  Except for a short time when her husband was in the Coast Guard, Betty spent her entire life in the New Richmond area. She owned and operated New Richmond Florist for several years before her retirement.  Betty enjoyed playing golf and won trophies which attest to her golfing skill. She also enjoyed spending summers at the family cottage on Sand Island in Lake Superior and frequently shared those memories with family and friends. She had a keen eye for driftwood and would walk the shore of Lake Superior to collect pieces which were then incorporated into her dried flower arrangements  in her shop.  Betty requested that she be cremated and that her ashes be spread on the shore of Lake Superior. She also asked that there be a private celebration of her life for family and friends.  In lieu of flowers, people wishing to leave a memorial are asked to donate in her name to the Veterans of Foreign Wars.  Arrangements are with Bakken-Young Funeral & Cremation Services of New Richmond.