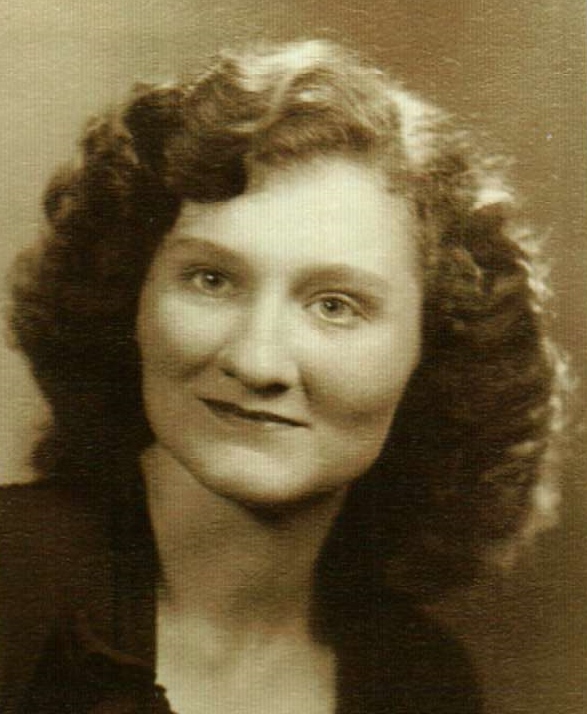 April 4, 2015
Helen Louise Klink, age 90 of River Falls, passed away on Saturday, April 4, 2015, at Comforts of Home – River Falls.  The family is very thankful for the loving care she received from the staff, as well as St. Croix Hospice.  Helen was born October 8, 1924, in Paola, Kansas, to Raymond Frederick Artzberger and Flora Alice (Shriver) Artzberger.  In 1939, her family, which included an older brother, Fred, moved to Iola, Kansas during her high school years.  Helen’s passion was music.  Singing was her forte’.  She continued musical activities throughout her high school career, including being a marching band majorette.  Helen met Rowland Dean Klink, her husband of 67 years, in Iola.  They were married on December 31, 1943, in Labette, Kansas.  Since Rowland was in the Army Air Corps, they were separated by the war in Europe.  Before Rowland returned from overseas, their first child, Randy, was born.  Four years later, their daughter Kartra was born.
After the war and several years of study for Rowland at various colleges and universities in Kansas and Indiana, the family moved to River Falls, Wisconsin in 1958.  There, Helen and Rowland were blessed with their son, George.
Helen was a very loving and caring person.  She always shared her love and support with friends, neighbors, and of course, her family.  Helen was an asset to her community.  She was an avid supporter of the UW-RF and an active member of many clubs.  Some of the organizations included; Tuesday Club, Faculty Women’s Club, Sorority of Kappa Delta Psi, PEO, Music Madams, volunteering and working for the public schools, church choir, and she was also a member of many committees of First Congregational Church-River Falls.
She was preceded in death by her parents, Raymond and Alice Artzberger; infant son, Dana; her brother, Fred; and husband, Rowland. She is survived by children Randy(Karen) Klink; Kartra(Glenn) Kohl; George(Lisa) Klink; grandchildren Brian(Kathi) Klink; Jon Klink; Rhonda Klink; Heidi Olson; Becky(Jerry) Brooks; Alexandra Kohl; Samantha Kohl; Madlyn Perry; Hannah Perry; and eight great-grandchildren.
A memorial service was held at 11:00 AM on Tuesday, April 21, 2015 at First Congregational UCC in River Falls with visitation preceding the service beginning at 10:00 AM. Private interment was in Greenwood Cemetery.  In lieu of flowers, memorials may be directed to: Rowland and Helen Klink Scholarship for Elementary education (UW-RF), Allene E. Klink Myer Scholarship for vocal music (UW-RF), First Congregational UCC- RF, Alzheimer’s Association, or St. Croix Hospice.  Arrangements are with Bakken-Young Funeral & Cremation Services of River Falls.