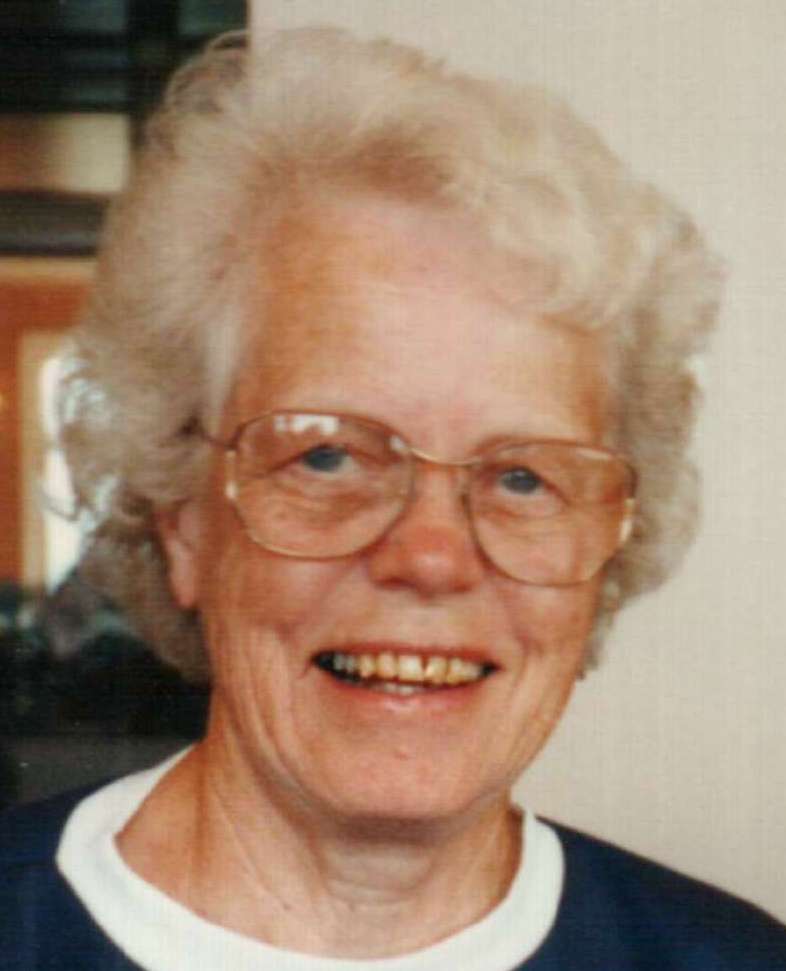 Helen Margaret Carlson, age 93, of New Richmond died Tuesday, May 15, 2012, at Lakeview Hospital.  Helen was born July 11, 1918, to Alfred and Amanda (Nelson) Asp, in New Richmond, the fourth of 5 children. She loved telling stories about the family farm and growing up on Wall Street during The Depression. She graduated from New Richmond High School in 1936. When Amanda was 35 she became bedridden with arthritis, leaving Helen and her sisters to care for their mother at home. She continued to care for her mother until Amanda’s death in 1960. Marlin (“Tom”) Carlson “fell” for Helen at the rollerskating rink in New Richmond. They married on June 25, 1942 in Eau Claire while Tom was in the service during World War II. Helen and Tom owned and operated the New Richmond Granite Works for over 60 years. She was a very active member of First Lutheran Church. Helen loved being with family, gardening, her work at the Granite Works and traveling, especially to visit her daughter at the many national parks where her husband was stationed. After raising her four children, she delighted in her five grandchildren. At 92 years of age she renewed her interest in the local high school music and basketball programs and relished attending concerts and games.  Helen was preceded in death by her husband of 67 years; parents; sisters Marie Anderson and Betty Rongitsch; brothers John and Miles Asp. She is survived by children David (Carol) Carlson, Eau Claire, their children Jensena and Matthew; Lois (John) Lounsbury, McAllister, Montana; Eric (Jane) Carlson, Lake Elmo, their children Margaret (Matt) Fitzthum, Rebecca and Amanda; Rolf (Jeanine) Carlson, New Richmond; as well as many nieces, nephews, relatives and friends.  A memorial service was held on Saturday, May 19, 2012, at 11 a.m. at First Lutheran Church in New Richmond.  Visitation was also Saturday from 10:00-11:00 am at the church.   Interment was in the New Richmond Cemetery. Memorials may be directed to First Lutheran Church of New Richmond.  Arrangements were with Bakken-Young Funeral & Cremation Services Beebe Chapel of New Richmond.