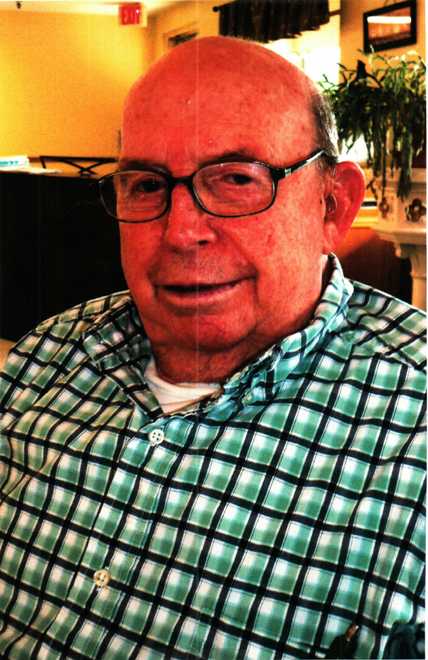 Harold F. Ottman age 93 of Plum City entered life triumphant March 1, 2014 at Plum City Care Center.  Harold was born May 4, 1920 to Elmer and Bessie (Solveson) Ottman in Rock Elm Township, Pierce County, Wisconsin, he was the 8th of 10 children.  Harold lived here until the age of 12 when he moved to the farm of his aunt and uncle Rollie and Grace Fuller near Maiden Rock.  While living here Harold finished grade school and graduated from Ellsworth High School in 1938.  Harold married Genevieve Beyer on October 9, 1948 at the Methodist Church in Maiden Rock, WI.  They purchased a small home and had it moved to the Fuller farm where they raised five children.  Harold later purchased the 160 acres from the Fullers at the corner of highways 183 (now CC) and S, then known as Fuller’s corner, later to be known as Ottman’s corner to locals.  Harold farmed here until his retirement in 1988 at which time he and Genevieve moved to Pepin.  Genevieve passed away in 2010.  He moved to Plum City Care Center in June 2011.  As a youth Harold was an active member in the local 4H clubs including Beavers, Whiz Bangs, and Highland Hustlers.  Harold’s fair projects included garden produce, poultry, conservation, crops, livestock, and junior leadership.  In addition to farming he worked for Swandby Funeral Home, helping out at funerals and as an attendant for the ambulance, also run at the time by Mr. Swandby.  Harold also served on the Board of Directors for Stockholm Town Mutual Insurance Company, serving as president from 1978-2000.  During his retirement Harold continued on the insurance board, served on the Pepin County Senior Council, and enjoyed woodworking making outdoor ornaments and household items.  Harold was a big fan of word-search puzzles which led to his love for “Wheel of Fortune.”  He also enjoyed jigsaw puzzles and singing.  Harold was known for having a sense of humor, ready to tell a joke and often pulling a few pranks.  Being a diversified farmer raising dairy cows, pigs, chickens, and crops to feed them, Harold never ventured too far from the farm for a vacation.  Family and friends knew this so the Ottman farm often became the gathering place for others.  Many of his brothers and sisters would show up on Sunday afternoon knowing he would be heading to the barn at 4:30 p.m. to do the pre-milking chores.  He would then make a freezer of homemade ice cream for supper.  Harold and Genevieve always had an open door policy, so much so that one summer their home was renamed “Dew Drop Inn”.  The motto around the farm was:  “Everyone works at our house”, so anyone there for an extended period of time would help out.  Harold was a long time member of the Plum City United Methodist Church until moving to Pepin where he regularly attended the Pepin United Methodist Church.  Harold had a sweet tooth with a special liking for chocolate.  He never met a chocolate he didn’t like!  While a resident at the care center Harold enjoyed participating in the many activities going on there and attending many area parades.  It was very tough to stump him in “Name That Tune”.  Harold was preceded in death by his parents; his wife of 61 years, Genevieve; brothers, Roy, Floyd, Marshall, and Kenneth; sisters, Mary Swenson, Alice Dutton, Alta Reisner, Clara Ottman, and Evelyn Ottman; plus several brothers-in-law, sisters-in-law, nieces, and nephews.  He is survived by five children, Twylah of Owatonna, MN, Bob (LouAnne) of Golden Valley, MN, Steve (Deb) of Plum City, WI, Tad of Madison, WI, and Tim (Stephanie) of Milwaukee, WI; five grandchildren, Candace (Dave) Zytkoskee, Brian Ottman, Brent (Caitlin) Ottman, Meghan (Dave) Ottman, and Natalie Ottman; three great-grandchildren, Tenli, Alex, and Ari; brothers and sisters-in-law, Margaret (Eldon) Thompson, Ray (Betty) Beyer, Henry (Charlotte) Beyer, Esther Wilson; plus nieces and nephews.  The family wishes to extend a thank you to the caregivers from Visiting Angels and the wonderful staff at Plum City Care Center for the excellent care given.  A Funeral Service was held Saturday, March 8, 2014 at 11 am at the Maiden Rock United Methodist Church.  Visitation was held on Friday, March 7, 2014 from 4-7 pm at the Bakken-Young Funeral Home in Maiden Rock and on Saturday from 10-11 am at the church.  Spring Interment will be in Maiden Rock Cemetery.  Arrangements are with Bakken-Young Funeral & Cremation Services of Maiden Rock.