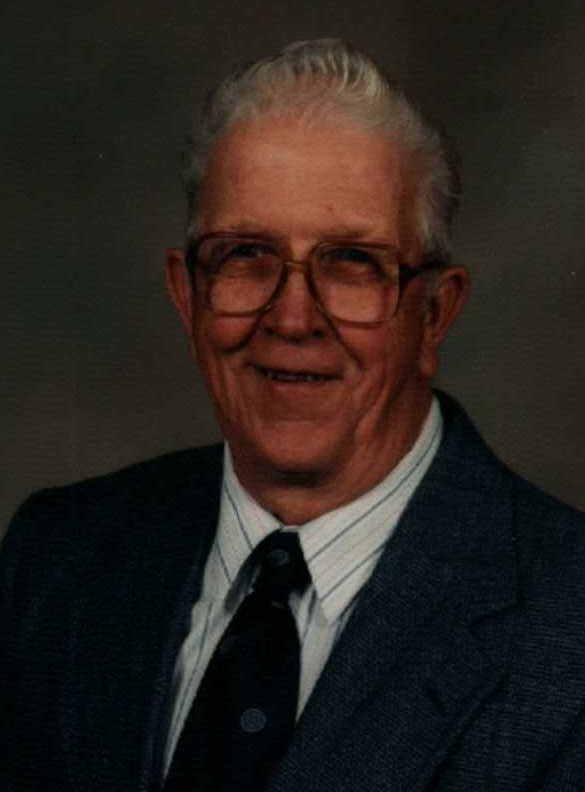 Harlan E. Lundgren, 93, of rural River Falls, died surrounded by his family at Regions Hospital in St. Paul, Minn., on Aug. 31, 2013.  Harlan was born on the family farm near Plum City on Nov. 9, 1919 to Herman and Esther (Carlson) Lundgren.  He attended the Corner View School through the eighth grade and graduated from Plum City High School in 1938.  He married Thelma Larson of Spring Valley on May 27, 1947 at Gilman Lutheran Church. They had two sons and one daughter: Ronald, Eldon and Carol.  They farmed the Lundgren family farm near Nugget Lake until November 1975. They then retired from farming and moved to a hobby farm in rural River Falls. Harlan worked as a custodian at UW-River Falls for seven-and-a-half years, and retired from there in January 1985.  Harlan stayed very active through his retirement years. He loved to cut fire wood every fall and work in his wood shop throughout the winter.  He also enjoyed berry-picking, taking care of his yard, meticulously maintaining his lawn tractor, reading, bird watching and gardening. He took great joy in spending time with his grandchildren and great-grandchildren.  He was preceded in death by his parents, his brother Lavern, his sisters Marie and Lorraine and his son Eldon.  Harlan is survived by his wife of 66 years, Thelma, of River Falls; son Ronald (Kay) of River Falls; daughter Carol Matara of River Falls; five grandchildren: Matt (Amanda) Lundgren of Boise, Idaho; Mark (Valerie) Lundgren of River Falls; Sarah (Michael) Young of Prescott; Mandy Lundgren of Hudson; and Megan Lundgren of River Falls; five great-grandchildren: Parker, Ella, Marleah, Harlan Chase and Carolina; and many nieces and nephews.  A memorial service was held Saturday, September 7, 2013 at 11:00 am at Ezekiel Lutheran Church in River Falls.  Memorial visitation was Friday, September 6, 2013 from 4-7 pm at Bakken-Young Funeral Home in River Falls and also Saturday from 10-11 am at the church.  Interment was in Greenwood Cemetery.  Arrangements are with Bakken-Young Funeral & Cremation Services of River Falls.