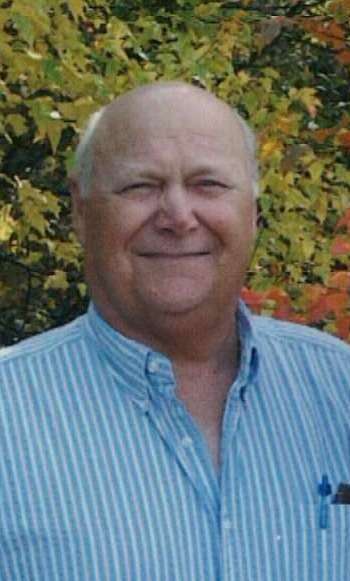 Greg Warner passed away on December 8, 2012, surrounded by his family, at Regions Hospital in St. Paul, Minnesota.  Greg was born at the Baldwin Hospital in Baldwin, WI to Ronald and Dolores Warner. He grew up and went to school in New Richmond and graduated from the University of Wisconsin-River Falls with a degree in Geography, taking an adventurous, three-month trip around South America to study the people in 1972. He spent his working life in the family business of Warner’s Dock, Inc. in New Richmond and eventually ran the business until his retirement in 2010.  Greg loved fishing on Lake Superior and spent as much time there as possible. He was known to fish as early as possible in the season and as late in the season as November. He shared his joy of fishing, of nature, the history of the Apostle Islands, the history of Wisconsin and, of course, boating with all who knew him. It was his great pleasure to spend time off the water with family and friends, cooking family dinner, and conversing with pretty much anyone. He very much enjoyed reading cliff-hangers and historical literature.   Greg was a past member of the Willow River Rod & Gun Club, St. Croix County Fair Board, St. Croix County Alliance of Sportsman, and taught boating safety for St. Croix County.  He is remembered in love by wife Sharon, son Jason (Shelly), granddaughter Teagan, and daughter Nicole; close friend Tucker Culberson; his brothers Marlin (Diane), Gerry (Carol); nieces and nephews Randi (Mike) Manske, Nate (Rachel) Warner, Gina (John) Clemmons, Scott (Stacy) Warner, Karen (Jake) Nichols, and by numerous great-nephews and great-nieces. Waiting for him were his parents Ron and Dolores Warner.  A Funeral Service was held on Thursday, December 13, 2012 at 11 am at First Lutheran Church in New Richmond.  Visitation was held Wednesday, December 12, 2012 from 4-8 pm at the Bakken-Young Beebe Chapel in New Richmond and on Thursday from 10-11 am at the church.  Arrangements were with Bakken-Young Funeral & Cremation Services Beebe Chapel of New Richmond.