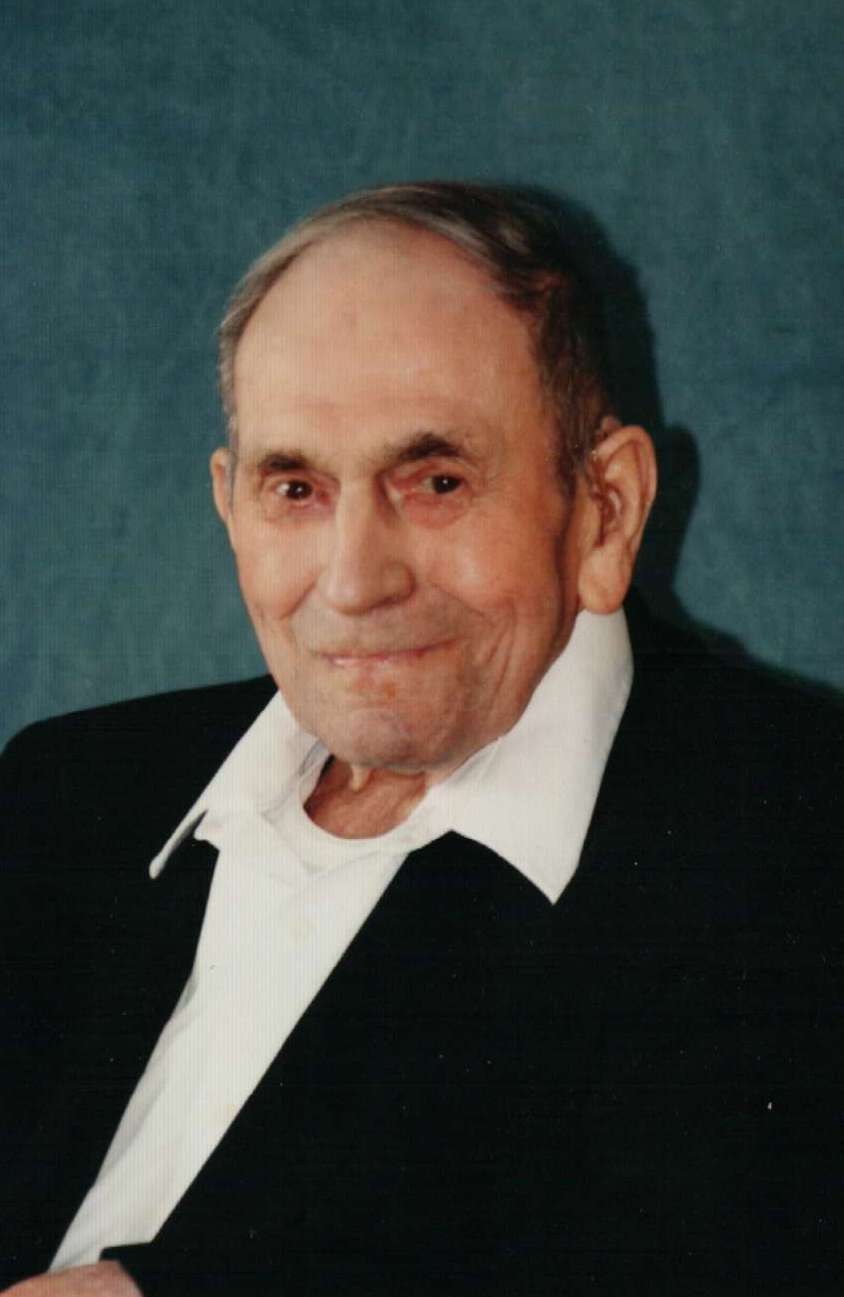 Gordon Alvin Fouks age 95 of New Richmond died Thursday, June 9, 2011 at Westfield’s Hospital.  He was born the son of Henry E. and Hazel (Pieck Smith) Fouks on June 17, 1915 in Cylon, WI.  Gordon graduated from New Richmond High School in 1933.  He attended the Short Course in Agriculture, at University of Wisconsin, Madison, as a result of receiving one of ten scholarships awarded annually.  Gordon continued to work on the home farm which resulted in a lifelong career in farming.  On November 29, 1946, Gordon married Doris Viola Behling at Peace Lutheran Church in Menomonie.  His hobbies were landscaping and improving the grounds around the house and farm as well as dancing, automobile trips with the family and caring for the Cylon Cemetery.  Upon retiring, Gordon attended a genealogy class with his daughter, Cheryl.  This class led to Gordon’s passion for discovering not only his roots of ancestry, but those of his wife, Doris and the history of the towns where those ancestors settled.  Gordon and Doris compiled numerous family and historical publications which Doris typed and they made into family memory books.  Gordon is preceded in death by his parents; wife, Doris (2009); granddaughters, Laurie Michelle Fernstrom and Jessica Marie Fouks.  He is survived by his children, Cheryl (Ken) Warnken of Roberts, Gary (Nancy) Fouks of Hudson, Janice (Richard) Schurtz of Baxter, MN, David Fouks of Deer Park; grandchildren, Jennifer (Michael) Nava, Nicholas Warnken, Tyler Fouks, Cassi ( fiancé’ Michael Hovestol) Warnken, Kaila Fouks; sisters, Helen Holmson, Avis Finke; many nieces, nephews, relatives and friends.  A funeral service was held Saturday, June 11, 2011 at 11:00 am at the New Richmond United Methodist Church.  Visitation was also on Saturday from 10:00-11:00 am before the service at church.  Interment was in the Cylon Cemetery.  Arrangements are with Bakken-Young Funeral & Cremation Services of New Richmond.