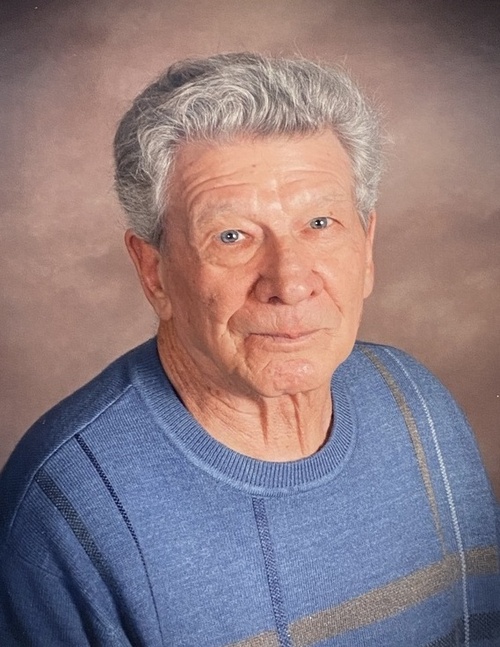 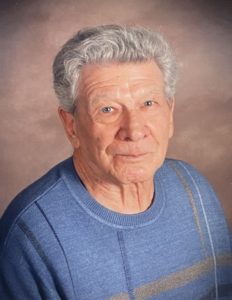 Gordon Irvin Berg passed away on June 29, 2022. He was born on January 20, 1936, to Gertrude Alice (Clark) Berg and Millard Berg. Lucy Emily Berg became his stepmother in 1940. Gordon was raised and attended school in Cornell, WI. In 1953 he joined the Army. He served during the Korean war from 1953 to 1956. Gordon was a Sergeant when he was discharged from the Army. He married Marjorie Ramseier in 1957 and they moved to Minneapolis, MN. He attended Minneapolis Vocational School during the day while working at Durkee Atwood at night. Gordon received his welding certificate in July of 1959 and was a welder for the rest of his working career. He was blessed with two daughters, Cheryl, and Shelley. In 1963 they moved to New Richmond, WI and he became a welder for Doboy Industries. He retired in March of 1996. Over the years Gordon played cards, games, loved to garden and traveled to every state in the US. He built wood stoves, trailers, picnic tables and many other things. He was active in the VFW Post 10818 where he was Post Commander from 1998 through 1999 and again from 2000 through 2001. He received two National Honors from the VFW for All American Commanders. In 2000 Gordon worked on the committee for the Armed Services Memorial. Gordon is survived by his wife of 64 years, Marjorie Berg; his daughters, Cheryl (James) Berg Loran, and Shelley (Brian) Berg Hall; his granddaughter, Tiffany Ann (Alex) Fischer Johnston; his brother, Clarence (Karen) Berg; step-nephew, Richard Miller, and several nieces and nephews. He was preceded in death by his parents; infant brother, Norman Berg, and his stepsister, Wanda (Edward) Garbarski.  A Memorial Service was held on Wednesday, July 6, 2022 at 11 am at St. Luke’s Lutheran Church 365 W River Drive New Richmond, WI and streamed live through the link just below this obituary.  Visitation was also on Wednesday from 10-11 am at the church.  Interment was in the Boardman Cemetery in Boardman, WI.  Arrangements are with Bakken-Young Funeral & Cremation Services.

Click here to watch the recording of Gordon’s service