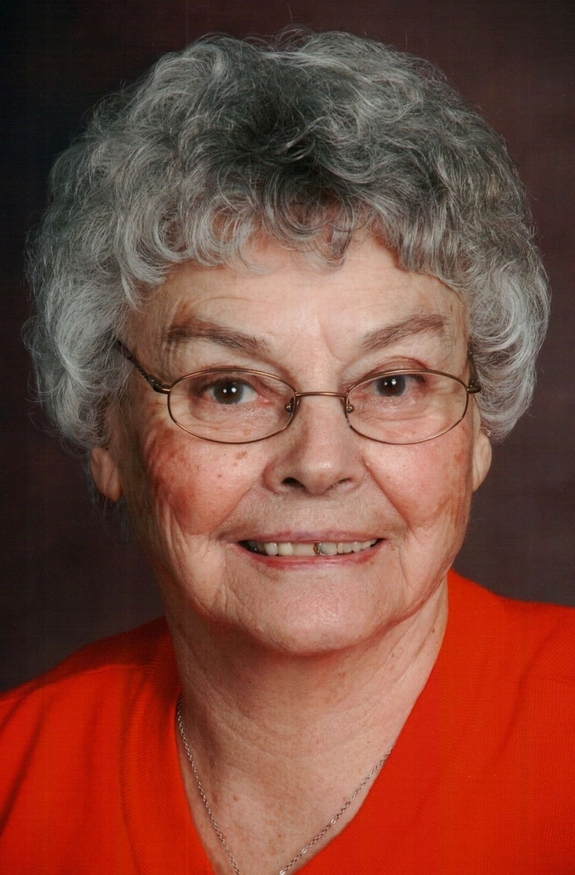 Glendetta Anna Powers age 92 of New Richmond entered into the loving arms of Jesus on Saturday, April 22, 2017.  She was born the daughter of Herman and Ada (Rosenow) Kieckhoefer on February 17, 1925 in Glenwood City.  She grew up with thirteen siblings in the Somerset area, being baptized and confirmed at Christ Lutheran Church.  On August 1, 1942, Glendetta married Calvin “Bud” Powers in Burkhardt, to this union they were blessed with ten children.  She was a long-time member of First Lutheran Church in New Richmond.  Glendetta loved her vegetable and flower gardens as well as raising chickens.  She enjoyed cooking and baking for her children and grandchildren.  She will be remembered for her unwavering faith in God and the hope she was given through Jesus her Lord and Savior.  Glendetta is preceded in death by her husband, Calvin “Bud”; daughters, Janet and Sherlyn; son, Rickie.  She is survived by her children, Calvin, Jr. (Phyllis), Ralph (Jill), Darryle (Renee), Daren (Tammy), Karen (David) Lutz, Brenda (David) Mesaros, Perry (Tracie).  She was blessed with 35 grandchildren, 53 great-grandchildren, 1 great-great-grandchild and unnamed heavenly babies; also daughter-in-law, Debbie Powers; siblings, Evelyn Halvorsen and Ernest (Mary) Kiekhoefer; and sister-in-law, Ruth Johnson.  A Celebration of Glendetta’s Life was held Thursday, April 27, 2017 at 11:00 am at First Lutheran Church (218 County Road K) in New Richmond.  Visitation was also Thursday from 9-11 am at the church.  Interment was in New Richmond Cemetery.  Arrangements are with Bakken-Young Funeral & Cremation Services Beebe Chapel of New Richmond.