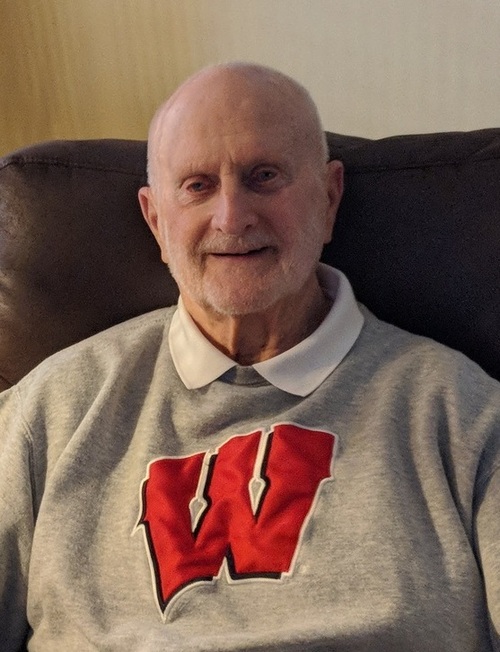 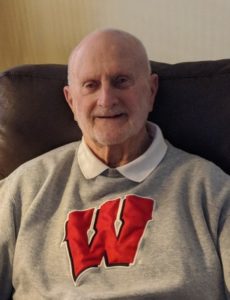 Gerald Robert Carter “Carter”, age 89 of River Falls WI passed away Sunday, December 20th, 2020 at the Kinnic Health & Rehab in River Falls. Jerry was born on May 15th 1931 in St Paul, MN to Robert and Delores Carter. Jerry spent 85 of his years in River Falls WI and was so proud of this town. He graduated from River Falls High School in 1949. After high school he enlisted in the Navy and served from 1950 to 1954 during the Korean war. Upon his return, he attended UWRF for 2 years. Jerry worked at 3M for 34 years and that is where he met his wife Jean. They married in 1988. After retiring from 3M Jerry became active doing volunteer work for his community. In 1998/99 Jerry received the Roger Horness youth and community service award. He started the food pantry drive which was always held the week after Thanksgiving, and retired from this after 25 years. He was known as one of the Grumpy Old Men. In 1997 he received the Citizen of the year award. In 2001 he received the River Falls Good Citizen of the year award. In 2002 and 2007 he received the 3M retiree community volunteer award. Jerry was a football referee for 37 years for high school and college. He was inducted into the Wildcat Hall of Fame in 2013. Jerry also served on the chain gang for River Falls high school and UWRF for 56 years. Jerry was also instrumental in both the Legion baseball and the Post 121 drum and bugle corps and volunteered on the honor squad. Jerry is survived by his loving wife of 32 years, Jean Carter. Together they enjoyed traveling, going to Green Bay Packer games, visiting with friends and having fun! He leaves behind two loving children from a previous marriage, Greg Carter of River Falls and Cari (Randy Bos) Carter of Scottsdale AZ; grandchildren, Tara Carter, Samantha (Andy Schweiss) Carter, Jacob Bos, Samantha Bos; two great-grandchildren, Hayden and Hunter; sister, Bonnie Miles; and many other relatives. He was preceded in death by his parents; brother-in-law, Don Miles; and niece, Bobbie Miles.  A private Family Memorial Service was held on Wednesday, December 23, 2020 at 11 am at Ezekiel Lutheran Church in River Falls.   A public Celebration of Jerry’s Life is being planned for May 15, 2021 at the Fletcher-Pechacek American Legion in River Falls.  Check back here for more details on the May service.  Interment was in Greenwood Cemetery in River Falls with Military Honors provided by the Fletcher-Pechacek American Legion Honor Squad.  In lieu of flowers, memorials may be directed to the River Falls Food Pantry or Adoray Hospice.  Arrangements are with Bakken-Young Funeral & Cremation Services.

Click here to watch the recording of Jerry’s service