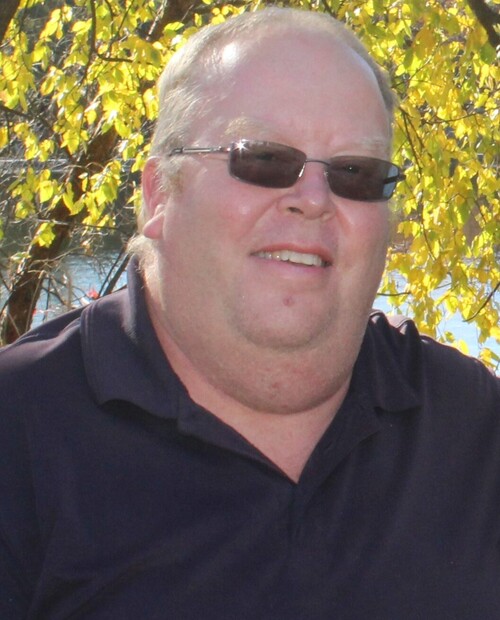 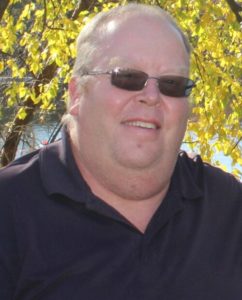 George “Tage” Andersen passed away on January 8th, 2022 at age of 53. George was born in New Richmond, WI to Walter and Rita Andersen. He married Darlene Huehn on December 22, 2007. They lived in Hudson, WI and later moved to Roberts, WI. George started working as security officer after receiving his associate degree from CVTC. He worked for several contract companies over the years. He spent many years working at the Target financial buildings, later he took a position working at the GM distribution center in Hudson. George enjoyed his Sunday football, especially the Packers. George and Darlene made several trips to the Green Bay Packers training camp, and they had the opportunity to attend a stadium game. George shared his love of football with his nieces. He was proud that some of their first words related to football. “Go Pack Go” George was an avid bow and rifle deer hunter. Many years he hunted with his dad. George would spend any available weekend in the woods. George was a man of few words, but he was always listening. He loved his family and would do anything for them. George and Darlene hosted an exchange student from Denmark last year. They had some fun adventures together. George is survived by his wife, Darlene; daughter, Elizabeth; host daughter, Henriette; parents, Walter and Rita; brother, Terry (Paula); sister-in-law, Deanna (Tony) Lind; brother-in-law, Donny Huehn; nieces, Megan, Jaclyn, Brooke Andersen and Rachel, Barbara, Anastasia, Nadine Lind. Memorials are preferred. A Memorial Service was held on Sunday January 16, 2022 at 3:00PM at Bakken-Young Funeral & Cremation Services (728 S. Knowles Ave) in New Richmond with a visitation starting at 1:00PM. Arrangements are with Bakken-Young Funeral & Cremation Services.

Click here to watch the recording of George “Tage” service.