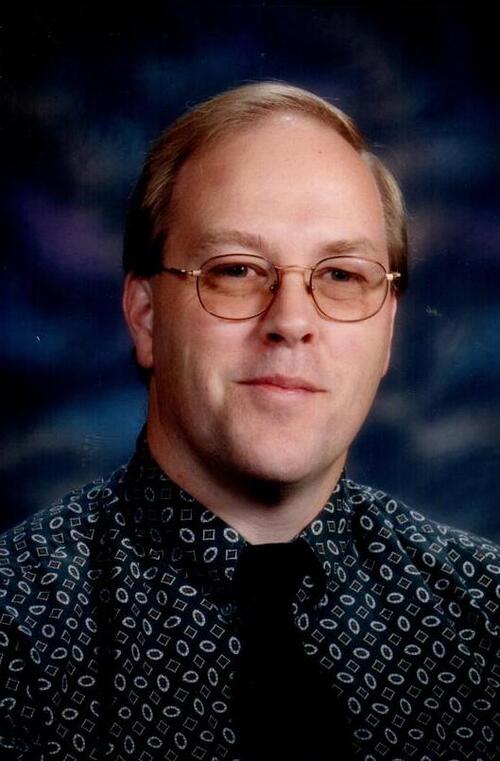 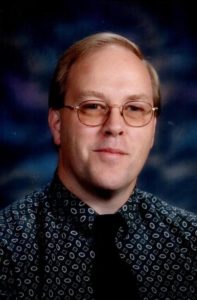 Galen L. Skifstad
August 29, 1955 – May 12, 2021
Galen Lloyd Skifstad, age 65, New Richmond, WI, passed away peacefully at the Sacred Heart Hospital in Eau Claire, WI due to COVID-19 Pneumonia. He was ushered into the presence of his Lord and Savior, Jesus Christ, with singing by his family at his bedside.
Galen was born in New Richmond to Stanley C. and Carmen L. (Wenstad) Skifstad of rural Star Prairie, WI. Galen was raised on a small dairy farm. He attended Cedar Lake Elementary School in rural Star Prairie and Osceola High School in Osceola, WI, graduating in 1973. His school activities included football, track, forensics, choir and swing choir. He was also active as a camp counselor, Bible School teacher, Sunday School teacher, member of a family quartet, member of Freedmen (a singing group) and a board member of a Tri-County group “TIGI”, a church group.
He attended St. Paul Bible College (now Crown College) in St. Bonifacius, MN and graduated in 1977 with a Bachelor of Arts in Bible and Theology. His college activities included wrestling, male chorus and night watchman. The next two years were spent working full time at Andersen Windows and attending Bethel Seminary in St. Paul, MN.
In 1979, he traveled out to Regina, Saskatchewan, Canada to attend Canadian Theology Seminary, graduating in 1981 with a Master of Divinity. While there he fell in love with a fellow seminary student, Marianne Hersom, a Canadian from Niagara Falls, Ontario and they were married in Niagara Falls on October 17, 1981.
Galen served as pastor of two Christian and Missionary Alliance church plants: Lander, WY, 1981-1983, where he also worked with a paint contractor; and Shelby, MT, 1983-1987, where he got to drive some really big tractors!
In 1988, they relocated to the Twin Cities where Galen found employment in administration with the St. Paul School District in various locations for about 19 years. In 1999 Galen took night classes at Crown College and earned a Bachelor of Science in Management and Ethics.
Even though Galen was no longer a pastor, he was devoted to serving the Lord and using his gifts of music, teaching, hospitality and giving in each church he attended to encourage and bless others. He was a patient, kind and wise man and was loved by all ages.
Due to Marianne’s employment change, they moved to Colorado Springs, CO in 2006 where Galen served as an International Statistical Analyst for a missions organization called Every Home For Christ in Colorado Springs. During the Colorado years, Galen and Marianne enjoyed a trip to Norway to see where Galen’s ancestors lived. Galen also was able to visit Nepal to attend a conference sponsored by Every Home for Christ.
Both Galen and Marianne retired in 2013 and moved to New Richmond, to be closer to Galen’s aging parents. From September 2013 to September 2018, Galen’s main mission was to minister to his parents. After both passed away, he joined Marianne in volunteering at the Salvation Army Grace Place homeless shelter in New Richmond. Galen blessed many people with his culinary delights, sharing food from Ruby’s Pantry and special finds at garage sales.
A special “Thank you” goes to the nurses in the Critical Care Unit of the Sacred Heart Hospital. Their devotion to Galen’s care was a blessing to him and to his family.
Galen is survived by his wife, Marianne, New Richmond; brother, Glen (Terri), Grantsburg, WI; sister, Jeannice (Robert) Dunlap, Waterloo, IA; brothers-in-law, John (Ena) Hersom, Niagara Falls, Ontario, Canada, and Charles (Flaca) Hersom, Toronto, Ontario, Canada; sister-in-law, Helen (Monty) Slingerland, Niagara-on-the-Lake, Ontario, Canada; nieces, Bethany Dunlap, Leah (Zach) Lade, Cari (Gabe) Van Natta, Laura (Brian) St. Martin, Carissa Skifstad; Callie (Brent) Hopkins, Sue Lemon; nephews, Joel Dunlap, Eric Dunlap, Micah (Maggie) Slingerland; David (Debi) Hersom; 13 great nieces and nephews and many cousins. Memorials are preferred. You may designate your memorial to East Lincoln Alliance Church Missions Fund.
A Memorial Service will be held at 5 pm on Sunday, June 27, 2021 at the East Lincoln Alliance Church 735 70th Ave Amery, WI and live streamed through the link just below this obituary.  Visitation will be held from 4-7 pm on Saturday, June 26, 2021 at Bakken-Young Funeral & Cremation Services 728 S Knowles Ave New Richmond, WI and on Sunday from 4-5 pm at the church.  Interment will be in the Oakland Cemetery in Star Prairie, WI at a later date.  Arrangements are with Bakken-Young Funeral & Cremation Services.