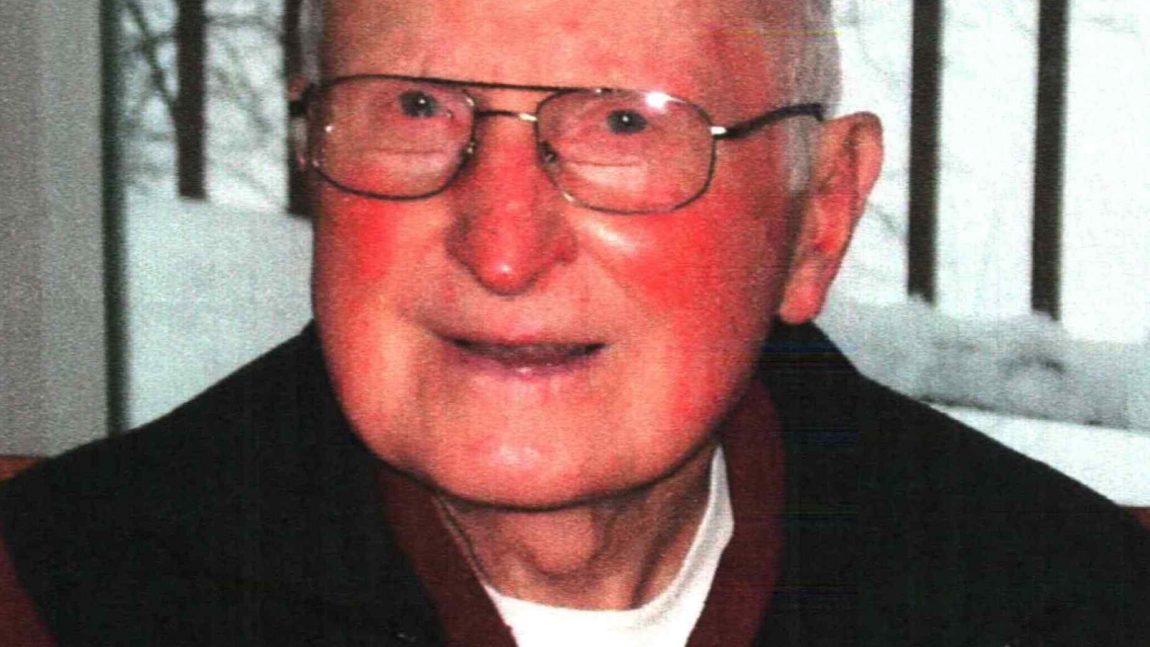 Franklin Jack Schuldt age 89 of New Richmond died Saturday, October 4, 2014 at the Deerfield Gables in New Richmond.  Jack was born the son of Arnold and Alice (Mahlman) Schuldt on September 22, 1925 in Elgin, IL.  He grew up near Carpentersville, IL, graduating from Dundee High School with the class of 1943.  After high school, Jack served in the Army at the end of WWII.  He was a machinist by trade.  He worked in Elgin, IL and in early 1970’s was offered the opportunity to relocate to New Richmond and work at Doboy (now Bosch).  He was a member of the New Richmond United Methodist Church, NRA, and the National Knife Collectors Association.  He was a competitive target shooter, and enjoyed collecting guns and knives.  He was always looking for a bargain at garage and rummage sales.  His ability to fix almost anything made it possible to pick up broken items and take them and repair them.  He  liked to bow hunt and fish, work in the garden, and go to the casino.  He is preceded in death by his parents, Arnold and Alice Schuldt; wife, Alice O’Connell Schuldt; and brothers, Arnold, Bethard, and Gerald Schuldt.  Jack is survived by his son, Jack Schuldt; step-daughters, Barbara (Cal) Judson, Sandra (Mike) Joyce, Debra (Cliff) Wilson; 10 grandchildren; 12 great-grandchildren; brother, Jim (Barb) Schuldt, Sr.; special friend, Faith Hesselink; and many nieces, nephews, relatives and friends.  A memorial service was held Tuesday, October 21, 2014 at 11:00 am at New Richmond United Methodist Church.  Visitation was also Tuesday from 10:00-11:00 am at the church.  Arrangements are with Bakken-Young Funeral & Cremation Services Beebe Chapel of New Richmond.