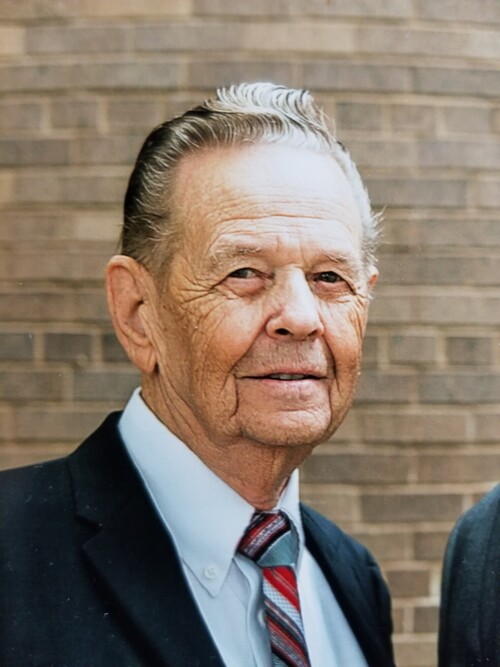 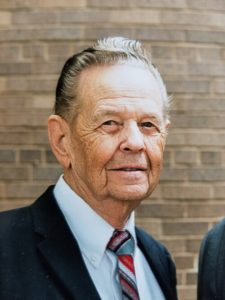 Franklin DeJerome “Jerry” Berget, age 88, of New Richmond, WI, joined his beloved wife Leona in eternity on Mother’s Day, Sunday, May 9, 2021. Jerry was born November 9, 1932 to Edwin and Helga (Hanson) Berget in New Richmond, WI. He was raised in New Richmond. After graduating from New Richmond High School he enlisted in the Navy. He served aboard the USS Thomaston during the Korean Conflict. He met the woman who would become his wife at the River’s Edge in Somerset. On April 6th, 1957, he was married to Leona Hinz at Assumption of the Blessed Virgin Mary Catholic Church in Farmington, WI. They made their home in New Richmond where they raised five children. He was extremely proud of his children, grandchildren, great-grandchildren and their accomplishments. He enjoyed playing cribbage with anyone that had the courage to take him on. Jerry enjoyed his occasional trips “up north”.  He spent many years as a postal clerk with the United States Post Office.  Jerry is survived by his sons, Jerry (Kirsten Aufderhar) Berget of New Richmond, WI, Scott (Mary Williams) Berget of Hudson, WI, Brad (Kristen) Berget of Woodbury, MN, Brian (Kimberly) Berget of Weston, WI; daughter, Lynn (Chris) Neuman of New Richmond; grandchildren, Shallyn (Joe) Simma, Michelle (Jake) Simma, Samantha (Eric) Moeker, Jerrod (Rosa Junqueira) Berget, Jordan (Melissa) Berget, Jade Berget, Brennan Berget, Connor Berget, Peter (Laura) Neuman, John (Alyssa) Neuman, Andrew Williams and Brady Williams; great-grandchildren, Linden and Hanna Simma, Riley Simma, Anders, Ana and Oliver Moeker, Sofia Berget, Claire, Anne, Maria, Rebecca, and Monica Neuman; sister-in-law, Shirley Berget; along with many friends. Welcoming him Home were his wife, Leona Berget; parents, Edwin and Helga Berget; three sisters; and seven brothers.  Mass of Christian Burial was held on Thursday, May 13, 2021 at 12 noon at Immaculate Conception Church in New Richmond.  Visitation was also on Thursday from 10 am – 12 noon at the church.  Interment was in Immaculate Conception Cemetery.Franklin’s family would like to thank the Butler-Harmon American Legion Post 80 for Military honors. We would also like to extend a special thank you to St. Croix Hospice, Touching Hearts at Home, the VA, and Comfort Keepers for the care which Dad received and the Sunshine which they brought with each and every visit.  Arrangements are with Bakken-Young Funeral & Cremation Services.