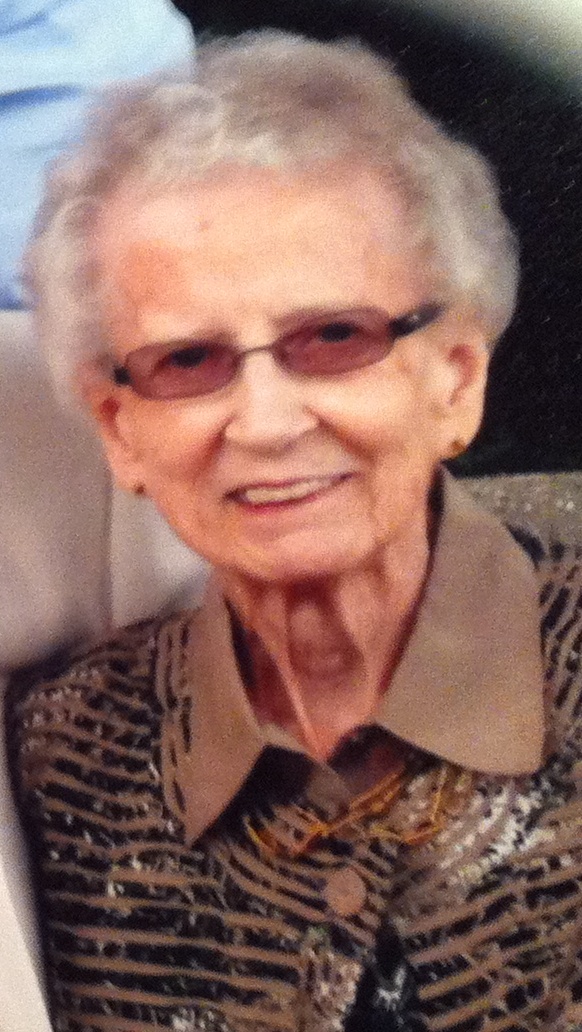 Fran Thomson, age 84 of New Richmond, WI, died on Monday, December 5, 2011, at Westfields Hospital in New Richmond.  Fran was born the daughter of Robert and Ida C. (Erickson) Peterson on April 26, 1927, in Frederic, WI.  She graduated from Frederic High School with the class of 1945.  On August 15, 1948, she was married to Willys C. Thomson at Pilgrim Lutheran Church in Frederic, WI.  They moved to New Richmond in July, 1959.  Fran worked at the First National Bank from 1964-1992 holding many different positions with the bank, including auditor.  She was a very active member of First Lutheran Church, the Charity Circle with the First Lutheran Women, and the XYZ group.  Fran played Bridge with two different groups, volunteered at the Heritage Center, and spent many relaxing and fulfilling hours in her garden.  She was a great cook and was known for her rice pudding, T-ring, and rolls.  Fran loved to travel, and she and Willys saw the world.  There were family trips as well as trips and yearly reunions with the 88th Blue Devils travel group.  She was unique and feisty, energetic and fashionable.  Fran was Willys’ caregiver right to the end.  She is preceded in death by her parents, Robert and Ida Carolina Peterson; brothers, Lawrence, Philip, Chester, Iver, and LeRoy Peterson; sister, Irene Jensen; grandson, David Slater; and nephew, Ricky Peterson.  Fran is survived by her husband, Willys Thomson; children, Lynne (Thomas) Helbach and Bryce (Susan) Thomson; grandsons, Daniel Helbach and Scott Helbach; brother-in-law, Lanford (Margaret) Thomson; many nieces, nephews, relatives and friends.  A Funeral Service was held Friday, December 9, 2011, at 11 a.m. at First Lutheran Church in New Richmond.  Visitation was also Friday from 9:30-11 a.m. at the church.  Interment was in New Richmond Cemetery.  In lieu of flowers, memorials may be directed to the First Lutheran Church building fund or the Heritage Center.  Arrangements were with Bakken-Young Funeral & Cremation Services Beebe Chapel of New Richmond.