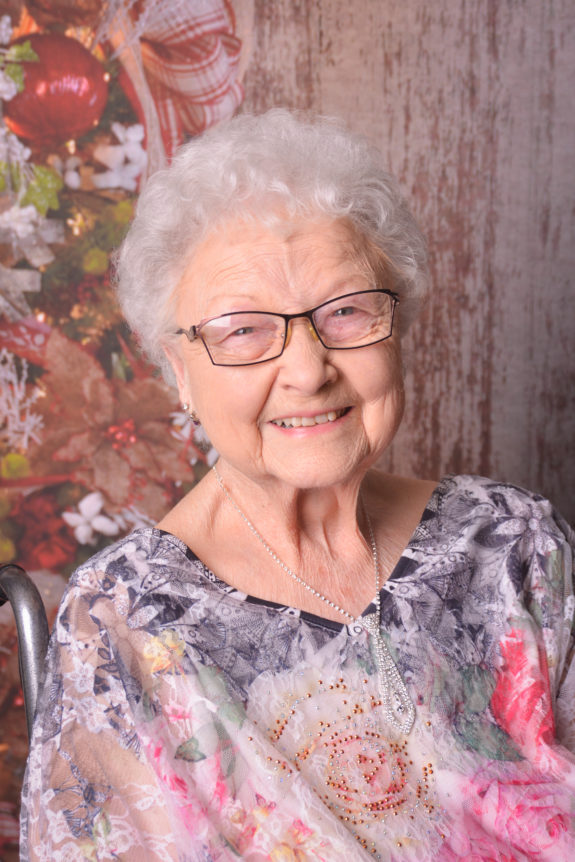 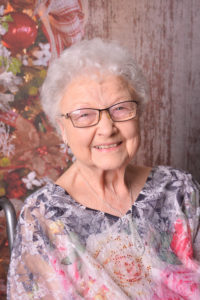 Fern Doreen Johnson-Schmidt, age 88 of Star Prairie, died Monday August 12th, 2019 at The Deerfield in New Richmond. She was born the daughter of Elden and Viola (Wood) Percy on May 11th, 1931. She moved around a lot as a child living in many different states. One of her favorite stories to tell was of her teacher who used to pick her up on a donkey and bring her to school when she was younger. She graduated from New Richmond High School in 1949. On May 30th, 1950 she married Virgil Johnson, together they had three children. She graduated with a nursing degree in 1983 from Lakewood Community College and later in life got a degree in Floral Design. After the loss of Virgil in 1989 she married Ross Schmidt on April 6th, 2002. She had a love for hats, gardening, and shopping. She enjoyed going camping with family, traveling to bed and breakfasts, putting together floral arrangements for family occasions, and anything Victorian. She was preceded in death by her first husband, Virgil Johnson; second husband, Ross Schmidt; daughter and son-in-law, Deb and Al Everson; sons Bruce and Rick Johnson; parents, Elden and Viola Percy; sister, Avis Hietala; and brother, Bob Percy. She is survived by her grandchildren, Jennifer (Jason) Ochoada, Nathan (Daneill) Everson, Chad Johnson, Heather (Chris) Anton, Sara (Ryan) Kowalski, and Cristy (Michael) Heintz; great-grandchildren, Matthew, Sarah, Adam, Caila, Izik, Kyra, Addison, Emma, Brynlee, and Hadley; daughters-in-law, Patsy Johnson and Colleen Johnson; nieces, Cheryl Overfors and Cindy Wudinich; and many more family and friends. She will be greatly missed by all left here on earth but we take peace in knowing she is reunited with her children and loved ones in heaven. A funeral service was held on Friday August 16th, 2019 at 11 am at Bethany Lutheran Church in Star Prairie with a visitation 1 hour prior to the service. Everyone is welcome to wear their favorite hat. Interment was in Oakland Cemetery immediately following the service. Arrangements are with Bakken-Young Funeral & Cremation Services.