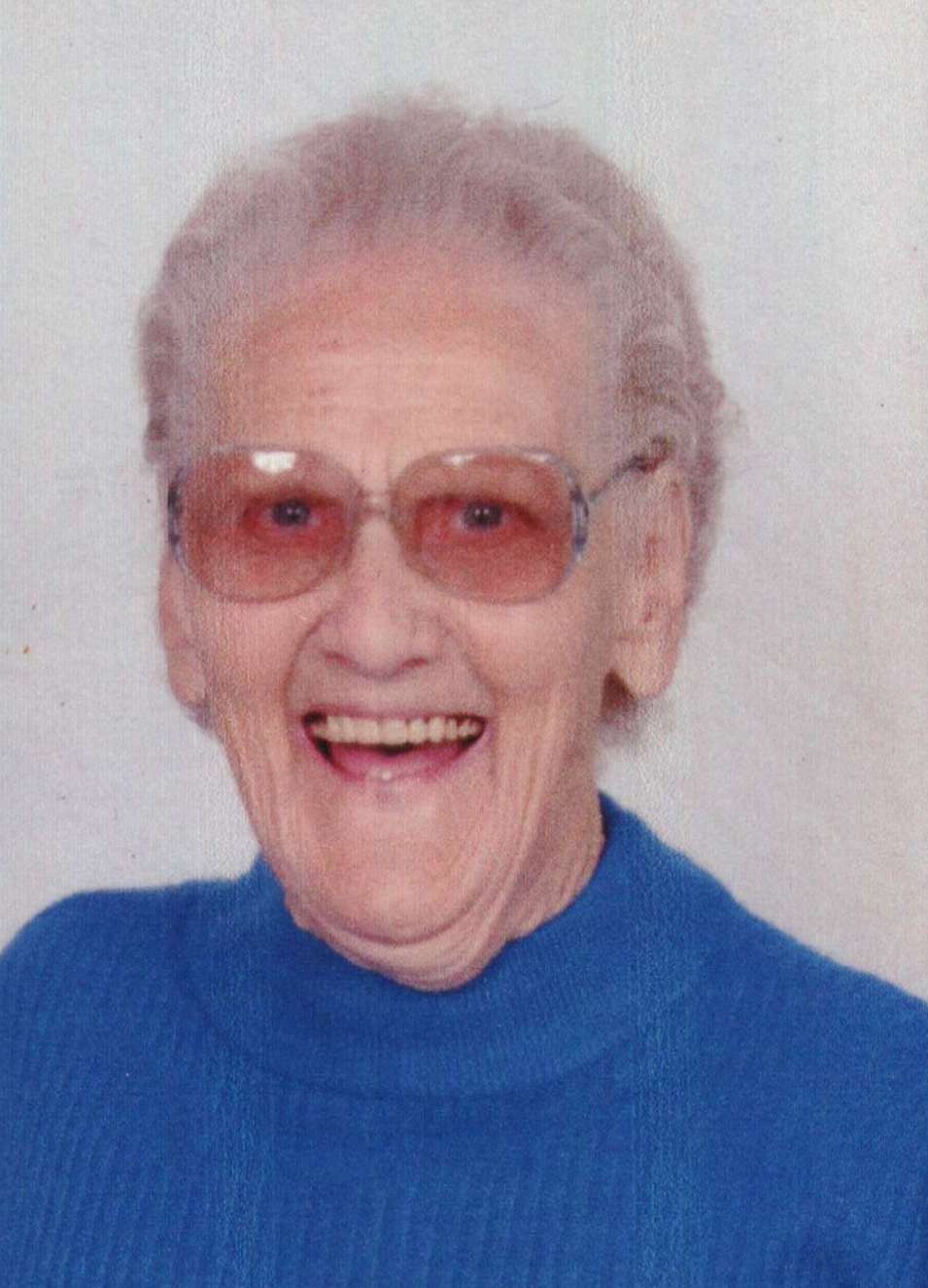 Evelyn “Evie” Griffin age 86 of River Falls, formerly of St. Paul died Wednesday, April 13, 2011 at the Lutheran Home.  She was born the daughter of Edward and Selma (Stevenson) Hofland on April 18, 1924 in Wheeler, WI.  On July 18, 1953 she married William Griffin in California.  Evie was a beautician for many years, working in and outside of her home.  She enjoyed visiting with friends and she loved children.  Evie is preceded in death by her parents, Edward and Selma Hofland; husband, William Griffin; sisters, Eleanor Larson, Verna Mae Jorgenson; brothers-in-law, Louis Larson, Glen Jorgenson, Richard Jorgenson and Ed Bierbrauer.  She is survived by her sisters, Shirley Jorgenson, Donna Bierbrauer; brothers, Leon (Carol) Hofland, John (Sylvia) Hofland and many nieces, nephews, relatives and friends.  A funeral service was held Monday, April 18, 2011 at 11:00 am at First Covenant Church in River Falls.  Visitation was Sunday, April 17, 2011 from 3:00-6:00 pm at Bakken-Young Funeral Home in River Falls and also Monday from 10:00-11:00 am before the service at church.  Interment was in the New Richmond Cemetery.  Memorials may be given to the Arthritis Foundation.  Arrangements were with Bakken-Young Funeral & Cremation Services of River Falls.