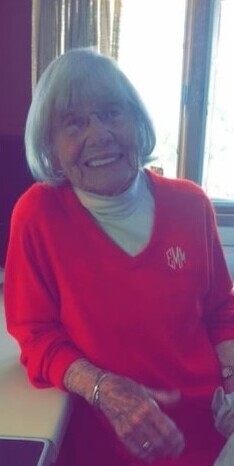 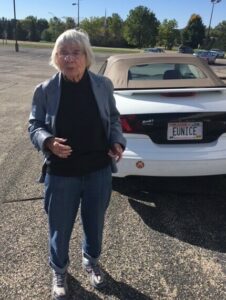 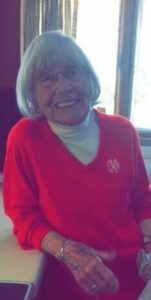 Eunice Marie Moody, age 95, of River Falls passed away Tuesday, October 18, 2022 at Kinnic Health & Rehab in River Falls.   She was born at Watertown Barton Hospital in Watertown, South Dakota on September 3, 1927, to Henry and Emma Gerberding. The daughter of a grain man, the family moved often in her first 16 years, with a pass through southern Minnesota, where she lost her mother to cancer, finally landing in Ellsworth, Wisconsin, where her older brother “Flying Freddie” was living and driving Greyhound bus. After graduating from Ellsworth High School, Eunice wanted to attend mortuary science school in Chicago, but her father was unable to afford it, so she went into nursing. She graduated from St. Olaf College, did her clinical at Northwestern Hospital (always raising an eyebrow at anyone that called it Abbott-Northwestern in later years) utilizing her nursing degree at Northwestern Hospital, River Falls City and Hudson Memorial Hospitals, River Falls Medical Clinic and at the River Falls, New Richmond, and Somerset School Districts while raising 4 children. She also shared her nursing knowledge and background as a member of the first board of directors of the River Falls Area Hospital, as chair of the Kinnickinnic Health & Education Foundation, WITC radiology board, and Shriners Children’s Hospital.

In 1950, as the story goes, Eunice had purchased her first convertible ~ a yellow Chevrolet ~ that needed some repairs. On her brother’s recommendation, she took it to Moody Chevrolet in River Falls where a young man offered to help her. He introduced himself as Harry Moody’s son Bob……Eunice cancelled her plans to travel with the St. Olaf choir to Norway that summer ~ she and Bob were married September 27th at the chapel at St. Olaf. She spent the better part of the next 70 years raising Bob’s children (from his first marriage ~ a long-standing joke as it was the only marriage for either of them 😊), 65 of them with Bob’s help, the last 7 watching the family grow with the addition of great grandchildren. Eunice was a member of Ezekiel Lutheran Church, Tuesday Club, several bridge groups, and an avid golfer. After experiencing a stroke on 10/10/10, she spent her time “counting her blessings and trying to regain her get-up-and-go.”

A social memorial visitation was held on Wednesday, October 26, 2022 from 4:00-8:00 pm at Bakken-Young Funeral & Cremation Services (805 E Division St.) in River Falls.  Private family interment will be at a later date.  In lieu of flowers, memorials are preferred to Shriners Children’s Hospitals.  Arrangements are with Bakken-Young Funeral & Cremation Services.