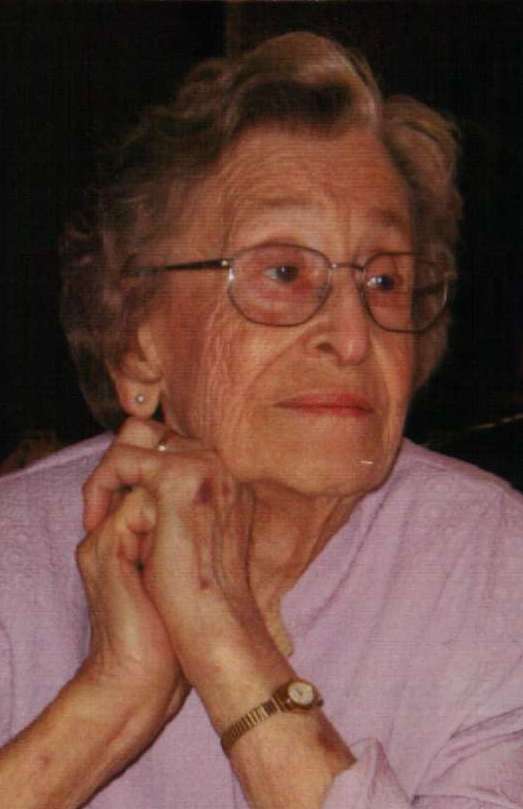 Esther was born to Henry & Charlotte Rubow in Burkhardt, WI on February 2, 1915. She graduated from New Richmond High School in 1933. She was united in marriage to Harold (Ted) Betterley, on April 18, 1936, in New Richmond, WI. She has lived in the New Richmond area since 1930. She and her husband Ted, lived on a dairy farm east of New Richmond and raised five children. Together they helped start St. Luke’s Lutheran Church. Esther has been a very active member of St. Luke’s ever since it was founded and has been involved in many of its organizations.

For many years Esther was a 4-H leader for the Springbrook 4-H Club and very active in Erin Prairie Homemakers. She also worked for many years as a bookeeper and sales representative at JC Penney’s in New Richmond and at SunRay in St. Paul. Later, she was one of the first employees at WITC in New Richmond, serving as librarian until retirement. After retiring from WITC, she worked part time well into her 70’s at Maple Manor and volunteered at the hospital gift shop for 25 years. She also looked forward to voting time, working for the Erin elections. She enjoyed volunteering, because it allowed her to work with and serve people, while catching up with friends and neighbors. She also enjoyed playing cards (even when she lost), and spending as much time as possible with her family.

A Funeral Service was held on Wednesday, April 22, 2015 at 11 am at St. Luke’s Lutheran Church in New Richmond. Visitation was also Wednesday from 10-11 am at the church. Interment was in New Richmond Cemetery. Arrangements are with Bakken-Young Funeral & Cremation Services of New Richmond.

In lieu of flowers, memorials may be directed to St. Luke’s Lutheran Church.