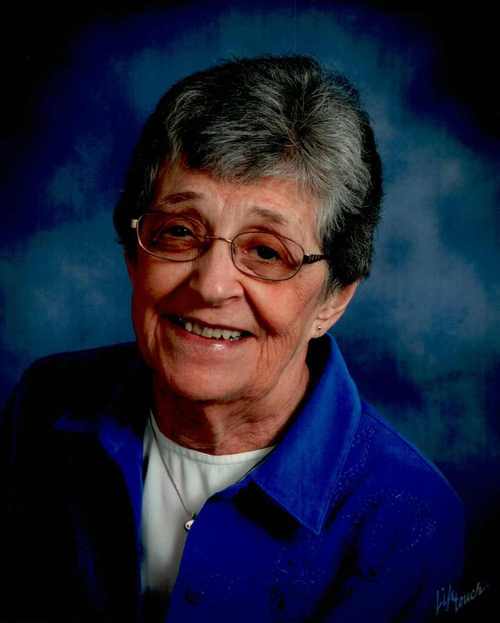 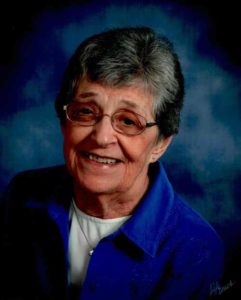 Eleanor M. Fisher, age 81, of River Falls, WI died on Sunday, January 21, 2018 at WellHaven Assisted Living in River Falls. Eleanor was born in St. Paul, MN on March 29, 1936 along with her twin sister Esther to Louis and Tabea (Haar) Frank. At the young age of two, her mother died, and she was cared for by many relatives while her father worked on a Mississippi River barge. By age three, Eleanor and her three siblings (Ben, Elizabeth and Esther) went to live with their father’s brother in River Falls. This would end up being their home as they were raised by their Aunt Mary and Uncle George Frank. She attended school in River Falls, elementary through high school. When she was 12 years old her father died in a barge accident. She graduated from RFHS in 1954. Eleanor attended Wisconsin State College of River Falls (now UWRF) for two years before moving to St. Paul with her twin sister for employment. She was later married to Roman Fisher and they settled in River Falls to raise their family. Eleanor gave birth to Dan, Brenda, and Linda before having her own set of twins in 1968. With the birth of Tammy and Terry, the family was complete. She was a valued employee at many odd jobs over the years, but her number one job and life’s passion was being a mom and homemaker. Eleanor was always there for her kids while working, maintaining the home and practicing her faith. She was very active with volunteering or engaging in bible studies at both Ezekiel Lutheran and St. Bridget churches in town. She loved to cook and bake, help others and was known for her friendly and kind disposition. Throughout Eleanor’s life, her children, grandchildren and great-grandchildren were always her pride and joy. She only knew how to love. She is preceded in death by her parents, Louis and Tabea (Haar) Frank; brother-in-law, Russell Hallgren. Eleanor is survived by her children, Daniel (Brooke) Fisher, Brenda Estrada, Linda Morning, Terry (Kristin) Fisher, Tammy (Patrick) Winter; grandchildren, Justin (Nicky) Larson, Derek Fisher, Miranda Estrada, Sara (Glen Stevens) Estrada, Bailey Morning, Emilee Morning, Abigail Morning, Henry Earl Fisher, Fern Fisher, Hannah Winter, Max Winter; great-grandchildren, Trey Larson, Jaxson Larson, Molly Larson, Crue Larson; siblings, Ben (Nancy) Frank, Elizabeth (Bruce) Kittelson, and twin, Esther Hallgren; former husband, Roman Fisher; and many other relatives and friends. A Memorial Service was held on Saturday, February 17, 2018 at 11 am at Ezekiel Lutheran Church 202 S 2nd Street River Falls, WI. Visitation was also Saturday, February 17, 2018 from 10-11 am at the church. Interment was in Pine Glen Cemetery in Prescott, WI. Arrangements are with Bakken-Young Funeral & Cremation Services of River Falls.