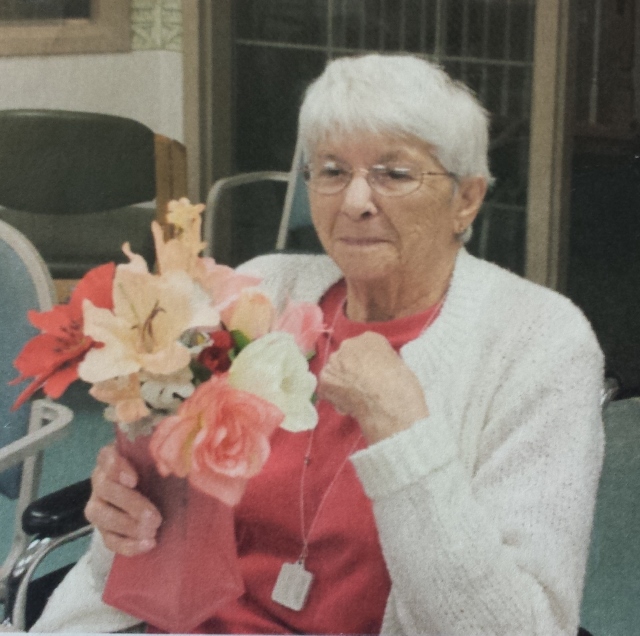 Eleanor Elizabeth Eggen, age 98 of New Richmond, died on Monday, June 15, 2015 at the Deerfield Arbor.  Eleanor was born the daughter of Ralph and Anna (Schultz) Powers on April 30, 1917 in Makoti, ND.  She graduated from Glenwood City High School and attended school to become a lab and xray technician.  Eleanor moved to Oregon to work for a clinic.  She met her husband there and on October 4, 1947 she was married to Ralph Eggen.  Ralph died in 1965.  Eleanor worked at the clinic in Oregon for 30 years.  She had a hobby farm with beef cattle and cats and dogs.  She was known for growing blackberries and making blackberry cobler.  She also had walnut trees and family members often received gifts of walnuts. Eleanor was smart and witty, was hard working and generous and loved violets.  She is preceded in death by her parents, Ralph and Anna Powers; siblings, Doris (Richard) Krueger, Calvin “Bud” Powers, and Arlene (George) Faught; and brother-in-law, Roy Johnson.  Eleanor is survived by her sister, Ruth Johnson; sister-in-law, Glendetta Powers; and many nieces, nephews, great-nieces, great-nephews, relatives and friends.  A Celebration of Eleanor’s Life was held on Saturday, June 20, 2015 at 1 pm at the Deerfield Chapel 1127 W 8th Street New Richmond, WI.  Visitation was also Saturday from 12-1 pm at the Deerfield Chapel.  Arrangements are with Bakken-Young Funeral & Cremation Services Beebe Chapel of New Richmond.