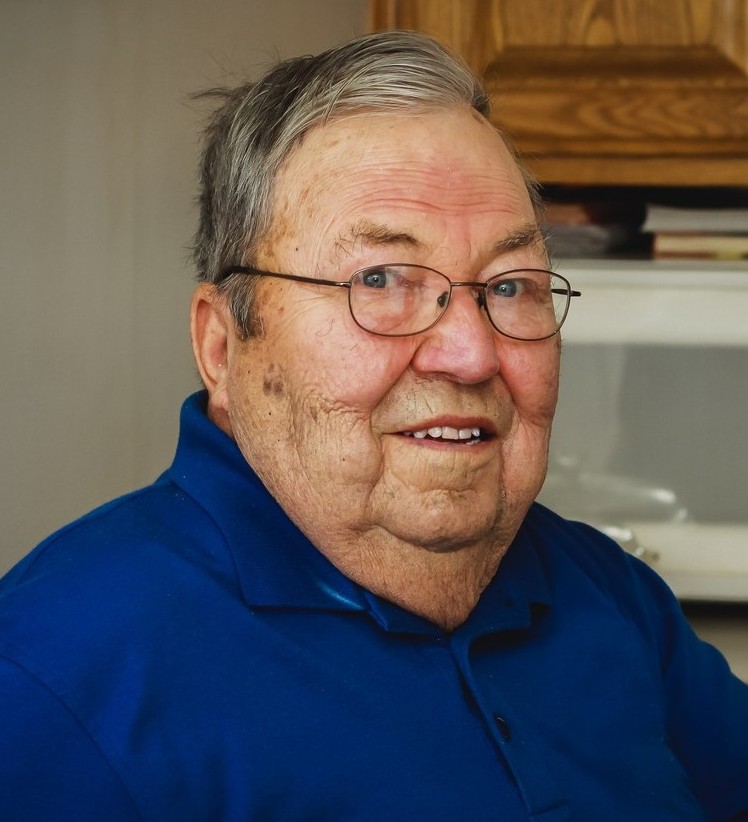 Edward H. Olson, age 86 of New Richmond, WI, passed peacefully on November 3, 2016 with his wife Alice by his side. Edward Hartford Olson was born in Alden Township, WI on December 15, 1929, to Adolph G. and Emma (Johnson) Olson.  Edward lived a long blessed life, filled by the love of his wife Alice (Rogers) Olson, his children, grandchildren and great grandchildren.  Edward grew up outside Star Prairie, WI on the family farm, attended the one room school house on the shore of Cedar Lake and graduated from Osceola High School in 1948.  He went to work June 15, 1948 for Friday Canning Company where he worked as a field man and later as foreman of the “bean room.”  He worked for 46 1/2 years before retiring in December of 1994. On February 15,1952 his employment at Friday’s was interrupted when he enlisted in the Army where he served two years, most of which was spent at Fort Lewis, Washington.  After boot camp he came home to wed Alice Rogers on June 29, 1952. He rose to the rank of Corporal and was honorably discharged in February 15, 1954 and returned to New Richmond to work at Friday Canning Company, and built a home and life on New Richmond’s Northside.  He enjoyed wood working and gardening was a member of the Teamsters Union and First Lutheran Church.  Edward H. Olson is survived by his wife Alice Olson of New Richmond, daughter Joanne (Richard) Anderson of Rice Lake, WI; son Bruce (Monica) of Fall Creek, WI, daughter Nancy (David Rivard) of New Richmond, WI; 5 grandchildren, Nathan (Dianne) Anderson, Heather Anderson; Stephanie (Tim) Claason; Sarah (Nathan) Beard; and Matthew Olson; 5 great grandchildren, Kaitlyn and Dylan Claason and Jack, Eli and Lauren Anderson; brother George(Ruth) of Marinette, WI.  He was preceded in death by his parents, infant son Jack, brothers Harold, Art, Oscar, Victor, and sister Helen Kruschke.  A Funeral Service was held Thursday, November 10, 2016 at 11 am at First Lutheran Church in New Richmond.  Visitation was also Thursday from 9:30-11 am at the church.  Interment was in the New Richmond Cemetery with Military Honors.  Arrangements are with Bakken-Young Funeral & Cremation Services Beebe Chapel of New Richmond.