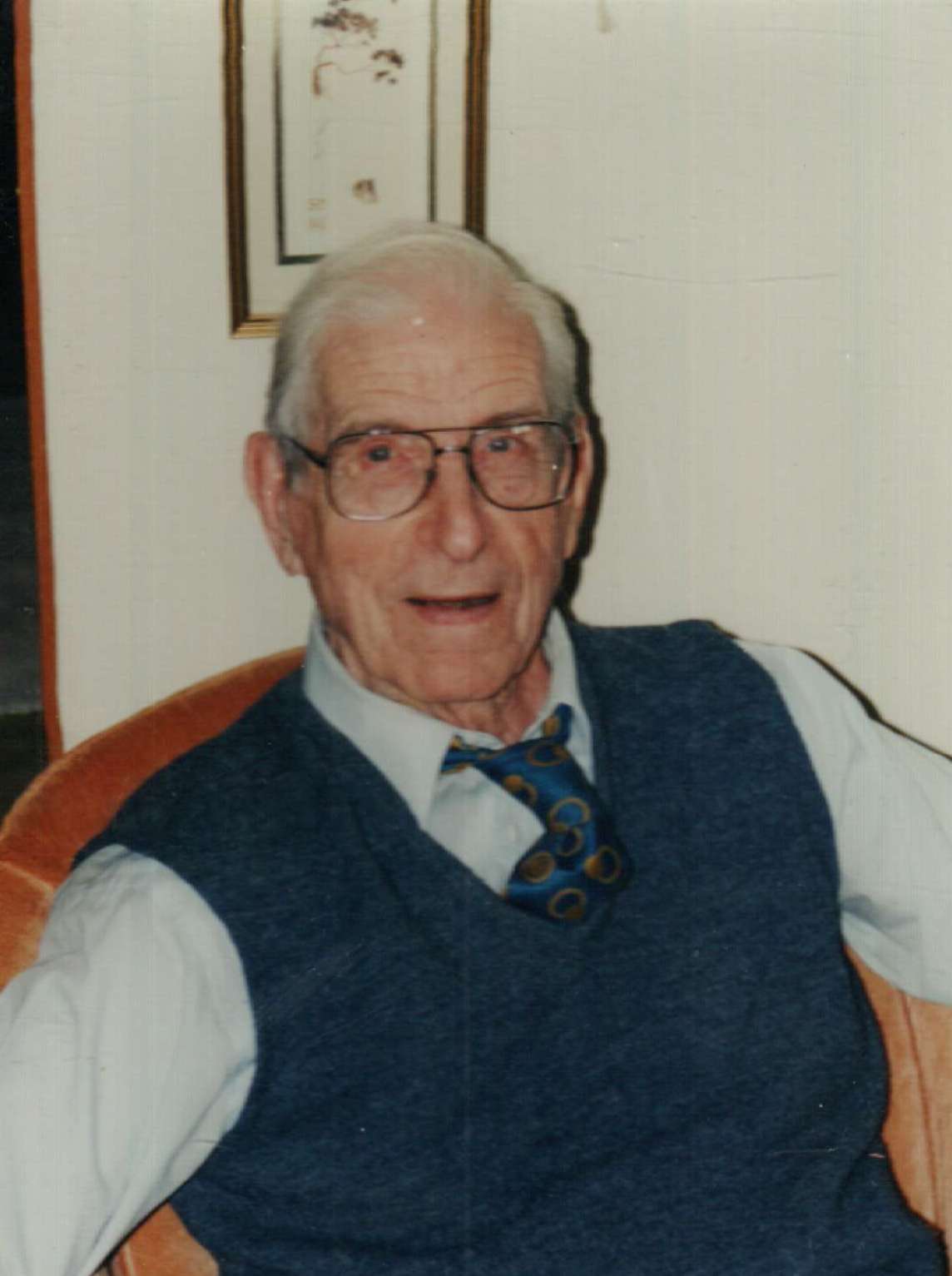 E. Norman Kamps age 98 and formerly of Marshfield, Wisconsin, died Wednesday, January 11, 2012 at Comforts of Home in Baldwin.  Norman was born on August 18, 1913 in South Milwaukee to Henry and Allie (Buckmiller) Kamps.  The family moved to Marshfield, and Norman graduated from Marshfield High School with the class of 1933.  On October 25, 1933 he was married to Margaret McCorison.  Norm worked at Weinbrenner Shoe Co. for 40 years.  He was a member of the Elks Club in Marshfield and was very active in the Weinbrenner Employee Credit Union.  He loved to hunt and fish, go to the cabin, and take care of his yard.  He had a great sense of humor and always drove a Buick.  Norm is preceded in death by his parents; wife, Margaret; and brothers, Gordon and Ronald Kamps.  He is survived by his daughters, Marjorie Kamps and Barbara (Richard) Geisler; grandchildren, Scott (Cheyenne) Geisler, Shana (Troy) Colburn, and Stephan (Molly) Geisler; 5 great-grandchildren; sister, Neva Jensen; nieces and nephews, Karen (Ron) Smith, Wayne (Kathy) Jensen, Ellen Jensen, and Katherine Kamps.  A Spring graveside service will be held at Brooklawn Memory Garden in Marshfield.  Arrangements are with Bakken-Young Funeral & Cremation Services of Baldwin.