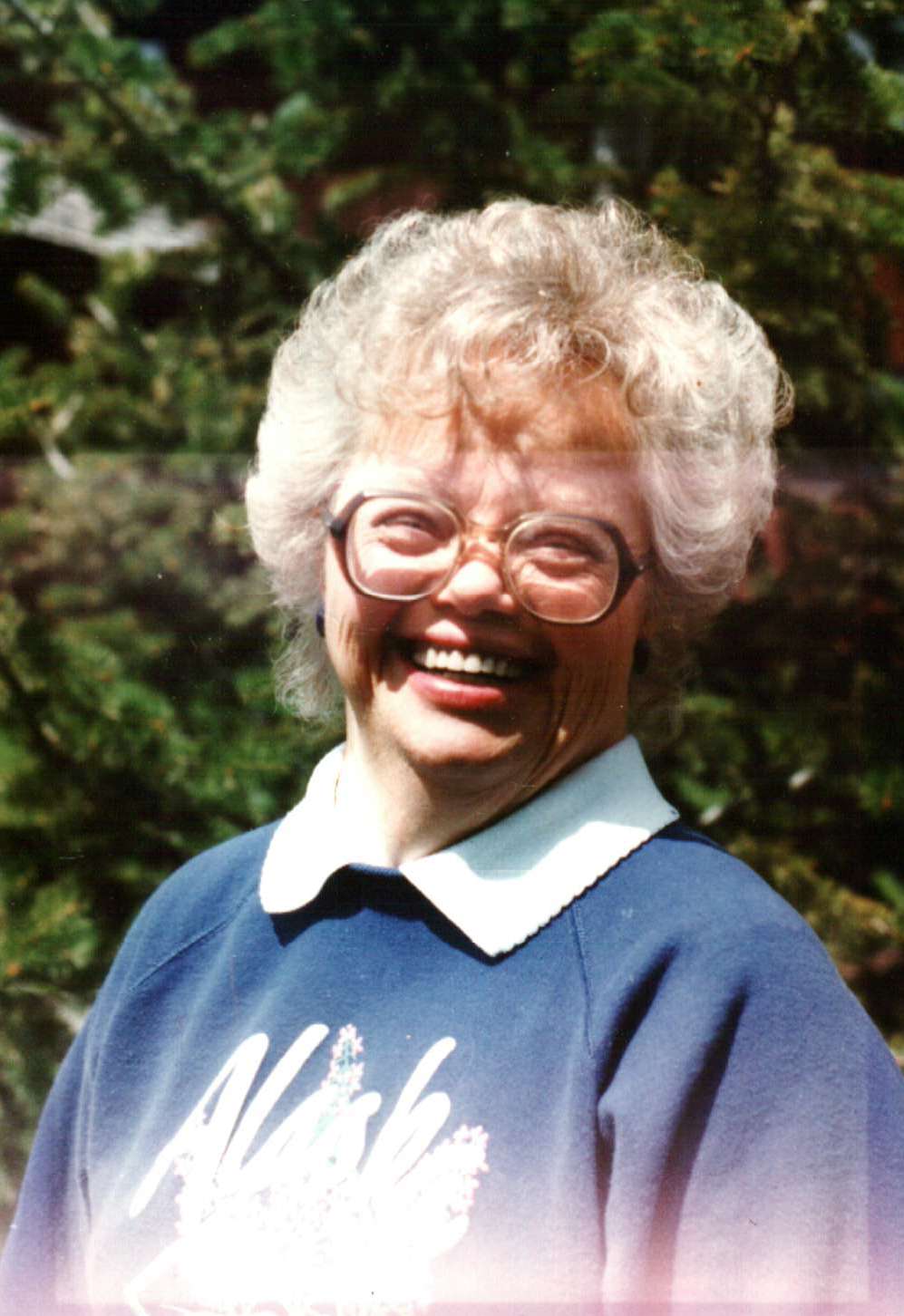 Elvera Arlene Warner was born on January24, 1932 in Stanton Township, Wisconsin the daughter of Phillip and Elvera Warner of Deer Park.  She grew up with her family on their farm southwest of Deer Park.  Arlene is survived by four sisters, Phyllis Humpal, Deer Park, Anna Stuntz, Deer Park, Evelyn (Ira) Sumner, Choteau, Montana, Ruth Severson, Deer Park, and several nieces and nephews.  Arlene was preceded in death by three brothers, Wahlberg in 1919, Harlan 1954, Loren 1955, her father, Phillip 1970, her mother, Elvera in 1985, and her sister, Lorraine in 2008.  Arlene attended workshop at St. Croix Industries for several years and that was very special to her.  She participated in the Special Olympics winning several medals and was an avid Packer and Twins fan.  She was a lifetime member of Trinity United Methodist Church.  Arlene was a long time member of the Order of the Eastern Star, Loyal Chapter #67, Star Prairie.  Whenever or wherever she saw the American Flag, she would excitedly say, “just like at lodge.”  She suffered a mild stroke in 2006 and has been in the Deerfield Gables Care Center until now.  One of her favorite games to play was dice 5000.  She most often won which was her delight.  She was able to travel a lot in her later years.  Arlene loved to dance especially the Hula.  She visited Hawaii, Las Vegas, Arizona, Texas, Montana, Yellowstone Park, and several other states.  She will be profoundly missed by her family and friends.  A Funeral Service was held on Friday, December 30, 2011 at 11 am with the Order of the Eastern Star service at 11 am and the funeral service following at Trinity United Methodist Church in Deer Park, WI.  Visitation was also on Friday from 9:30-11 am at the church.  Interment was in Calvary Cemetery in Deer Park.  Arrangements are with Bakken-Young Funeral & Cremation Services Beebe Chapel of New Richmond.