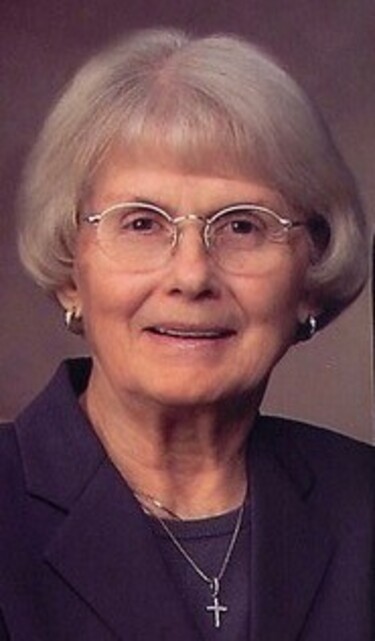 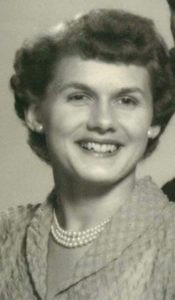 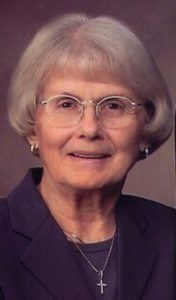 Dorothy “Dodie” Jean Smith, age 91, of River Falls, WI passed away peacefully on Monday, May 4, 2020, at Red Cedar Canyon Assisted Living in Hudson, WI. Dodie was born January 27, 1929, in El Paso, WI, to Robert and Ruth (Peterson) Halvorson. She graduated from River Falls High School, the Class of 1947. On July 16, 1951 she was united in marriage with her high school sweetheart, Robert Eugene “Radio Bob” Smith. Together they raised their family in River Falls & Florida.
Shortly after graduation from High School, in the very early years of commercial aviation, Dodie went to work as a flight attendant for Mid-Continent Airways. At the time, “stewardesses” were not allowed to marry, so when she eloped with Bob to Mason City, IA, their marriage was kept a secret until she left the airline. This began Dodie’s lifetime love of travel. In 1952, Bob and Dodie moved to Norfolk, Virginia, and then to Key West, Florida, where Bob was stationed at the Key West Naval Air Station. Bob & Dodie returned to Florida many times over the years & fondly remembered their early days in Key West. Eventually, Bob & Dodie began to spend more of their later years in Florida between homes in Sanford, New Smyrna Beach & Port Orange.
Dodie’s first priority was always her husband and family. She protected, cared for and treasured every moment with Bob, her children, grandchildren and great-grandchild. Dodie’s kind, loving and caring heart made her a wonderful wife, mother, grandmother and friend. She was a dedicated homemaker, who excelled in the daily management of a sometimes chaotic home and baking legendary homemade chocolate chip cookies that attracted kids, cousin’s and playmates from near and far. Some of her hobbies included golf, gardening, reading, and travelling the world with Bob and, occasionally, with her children and grandchildren. She was also a lifelong Green Bay Packer fan, who loved animals, particularly the many family pets and wild birds. Dodie was a devoted & lifetime member of Ezekiel Lutheran Church in River Falls.
Dode was preceded in death by her husband, Bob Smith; parents, Robert and Ruth Halvorson; her sister, Roberta Johnson and infant sister, Sharon.
Dodie will remain in the hearts of her children, Bobette (John) Shiffler of Arlington, TX; Jack Smith of Key West, FL; Peter (Santos Espada) Smith of New York, NY; Daniel (Gretchen) Smith of Mahtomedi, MN; Grandchildren, Aaron Shiffler of Dallas, TX; Chrystal Shiffler of Arlington, TX; Evan Smith of Minneapolis, MN; Isaac Smith of Minneapolis, MN; Caroline Smith of Mahtomedi, MN; Great Grandchild, Dylan Coulter of Arlington TX.
Dodie’s Family wishes to thank the many caregivers at Red Cedar Canyon, who have played such an important role in providing dedicated and loving care for Dodie, Bob and their family over the last few years; Jackie Paulson of Red Cedar Canyon & Sherrie Pinke from Comfort Keepers were both very important to Dodie’s health & happiness near the end of her life. And, a very special thank you to Kim Stapleton, Director of Nursing at Red Cedar Canyon, and Dode’s niece, for the endless love, care and attention she provided to both Aunt Dode and Uncle Bob over the last few year’s of their lives.
A Celebration of Life for Dorothy Smith was held at 1 pm on Friday, July 31, 2020 at Ezekiel Lutheran Church 202 S 2nd St, River Falls, WI.  Guests were asked to follow all CDC guidelines for gathering including social distance and face masks.  The service was streamed live at the link below. Interment was in Greenwood Cemetery in River Falls.   Arrangements are with Bakken-Young Funeral & Cremation Services.