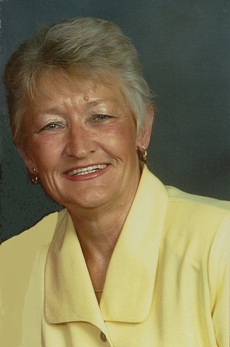 Donna Lee Wilkens, age 69, of River Falls died on Monday, December 10, 2012, at her home with her family by her side, following a short, but courageous battle with cancer.  Donna was born on August 10, 1943 in Streator, IL, the daughter of Earl and Marion (Dunlap) Bennett.  At a young age her and her family moved to River Falls where she graduated from High School.  She married Jerry Wilkens on December 29, 1962.  They were blessed with two children, Susan and David.  Donna worked side by side with her husband and son in their family business, Jerry Inc of River Falls for 50 years.   Donna was on the Pierce County Board of Supervisors, and was president of the City of River Falls Bid District.  For many years, her real passion was the River Falls Ambulance service.  Donna was an avid Green Bay Packer fan and loved watching her grandchildren play sports and spending time with her family.  Donna is survived by her husband, Jerry; daughter and son-in-law, Susan and Bruce Robinson of Green Bay; son and girlfriend, David Wilkens and Genevieve Pelletier of River Falls; grandchildren, Lyndsey and Jordan Robinson, Landon Wilkens; brothers, Dick (Mary) Bennett of Hudson, Dean (Patsy) Bennett of Luck, WI; Jim (Nance) Bennett of River Falls; sisters, Betty (Ralph) DeRoy of River Falls, Jean Robey of River Falls; sister-in-law, Carol Bennett of River Falls; brother-in-law, Ronald Wilkens and special friend, Roxanne Bowell of Elmwood, WI; sister-in-law, Gloria (Doug) Smart of Bemidji, MN and aunt, Dorothy Willer of Galesburg, IL as well as many nieces, nephews, and wonderful friends.  Donna is preceded in death by her parents; brother, Robert “Bob” Bennett and brother-in-law, Howard Robey.  A celebration of Donna’s life was held Saturday, December 15, 2012 at 11:00 am at the United Methodist Church in River Falls.  Visitation was Friday, December 14, 2012 from 4:00-8:00 pm at Bakken-Young Funeral Home in River Falls and on Saturday from 10:00-11:00 am at the church.  In lieu of flowers, memorials may be made to the St. Croix Valley Shrine Club or the River Falls Youth Hockey Association.  The family would like to thank the Doctors and nurses at the River Falls Area Hospital along with a special thank you to the River Falls Cancer Center.  Arrangements are with Bakken-Young Funeral & Cremation Services of River Falls.