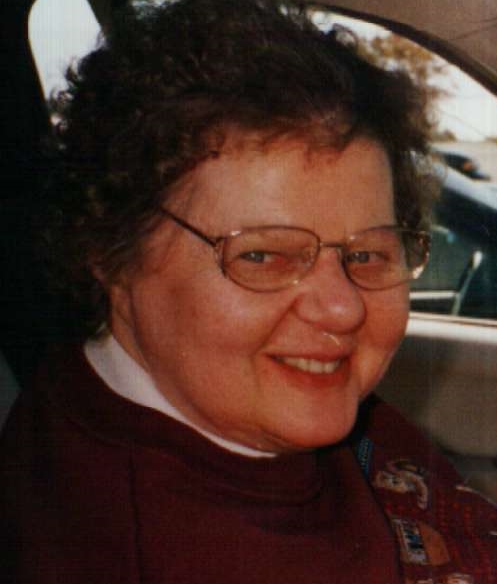 Donna Mae Laura (nee Beardsley) Holtslander, 76, of River Falls passed away peacefully in her sleep on Monday, May 9, 2016 at The Lutheran Home where she had been a resident the past 4 years.  Donna was born October 2, 1939 the daughter of Ray and Helen (Kruschke) Beardsley in Tomah, WI.  She graduated from Tomah High School with the class of 1957.  Following graduation, Donna worked in Rockford, IL at National Lock.  She met and married Robert Holtslander and to this union they were blessed with a daughter, Robin.  The couple later divorced.  For 14 years, she lived in Cornell, WI before moving to River Falls in 1980.  She was an active member of River Falls Assembly of God Church.  Donna worked at the Christian Community Home in Hudson until retiring in January 2005. She had a soft spot for animals and had several cats and dogs over the years. Donna enjoyed the staff, caregivers and activities at The Lutheran Home.  She is survived by her daughter, Robin (Wylie) Benedict of River Falls; brother, Raymond (Jari) Beardsley of Rockford, IL; nieces, nephews, relatives and friends.  Donna is preceded in death by her father, Ray Beardsley; mother, Helen Beardsley Stillwell and step-father, Norman Stillwell.  A memorial service was held Thursday, May 12, 2016 at 4:00 pm at River Falls Assembly of God Church.  Visitation was also Thursday from 2:30-4:00 pm at the church.  Arrangements are with Bakken-Young Funeral & Cremation Services of River Falls.