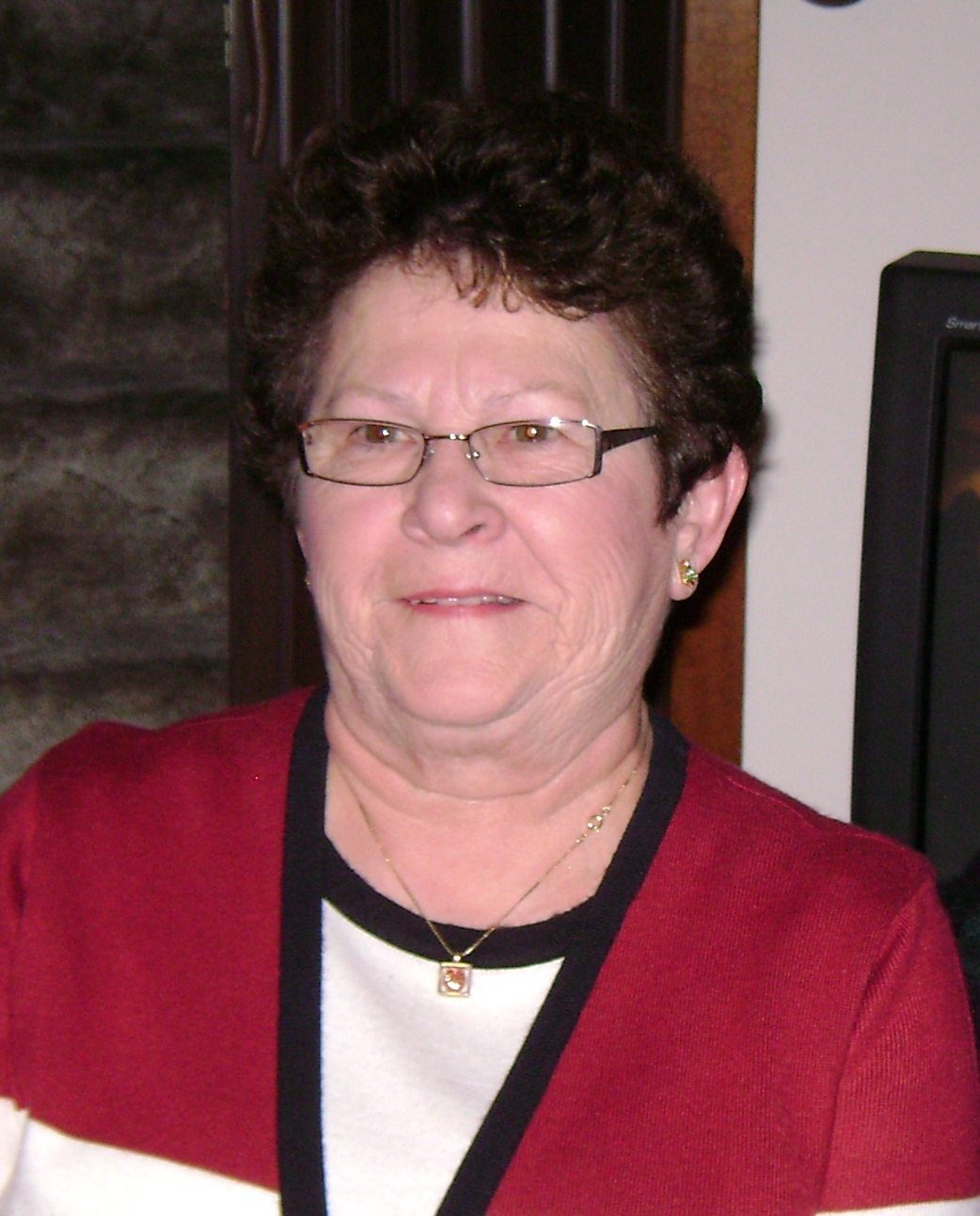 Donna May Ellevold of rural New Richmond, died unexpectedly on Wednesday, July 24, 2013 at Regions Hospital in St. Paul, MN after a short illness. Donna was born the daughter of Henry and Vera Hornbostel on April 16, 1937, at the family home in Cylon, WI. She was married to Clifford Ellevold in Forest, WI, on September 10, 1952. They lived in rural Forest, Emerald, and Star Prairie for short periods of time before moving to Cylon, and have lived there ever since. Donna worked at Friday Canning in New Richmond and Fabri-Tek in Amery for a few years. Most recently she retired after 33 years as Foodservice Manager in the New Richmond School District. She and her coworker ladies at school have remained the best of friends. Donna enjoyed cooking, baking, gardening, canning and freezing, sewing, crocheting, camping, snowmobiling, four-wheeling, splitting wood and fishing…. She had been an active member at First Lutheran Church in New Richmond for many years, but had just changed her membership to St. Luke’s Lutheran Church also in New Richmond. She talked many times of how she enjoyed the sermon messages at St. Lukes and about the importance of living how the Bible told us to. She was a loving wife, mother, grandmother, and great-grandmother. Family gatherings at their home in Cylon gave her the most joy—there was always room for everyone. She was a lady who truly cared about others.
Donna was preceded in death by her parents, sister Mella, daughter Brenda, granddaughter Laura, grandson Joseph. She is survived by her husband Cliff; daughter Renee (Barry) Iverson; sons Randy Ellevold, Bryan (Barb Murphy) Ellevold, Scott (Betsy) Ellevold, Tracey (Michelle) Ellevold; eleven grandchildren; ten great-grandchildren; and many other relatives and friends.
A funeral service was held at 12 noon, Monday, July 29, 2013 at St. Luke’s Lutheran Church 365 West River Drive New Richmond. Visitation was also Monday from 10 am-12 noon at the church. Interment was in Calvary Cemetery in Deer Park, WI.
Arrangements are with Bakken-Young Funeral & Cremation Services Beebe Chapel in New Richmond.