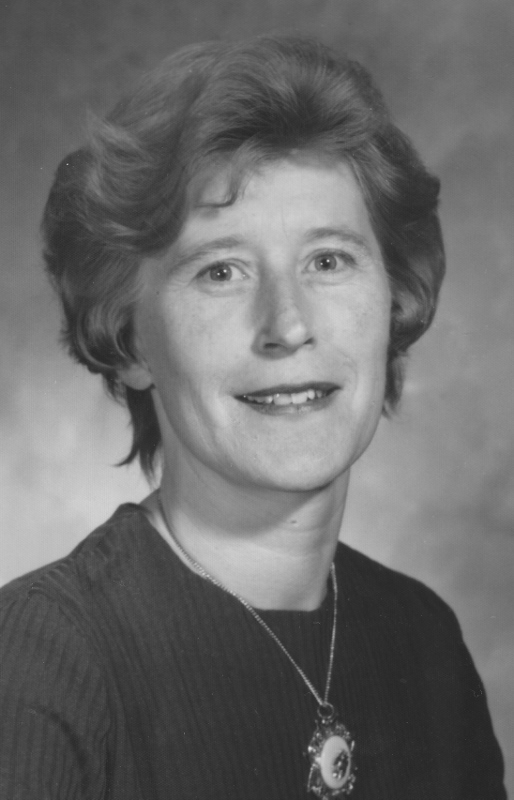 Donna Mae (Pederson) Barr, age 79, of New Richmond, died on April 6, 2014.  Donna, loving wife of Stanley William Barr, passed away peacefully at the St. Croix County Health Center after a prolonged illness. Donna was born on April 16, 1934, in Lanesboro, Minnesota. She graduated from Logan High School in La Crosse in 1951 and moved to Winona to work at Merchants Bank, where she met Stan, a student at Winona State Teachers College. They married in September, 1953. Over the next thirty years Donna and Stan raised five children. During that time, Donna attended the UW River Falls, graduating magna cum laude with a Bachelor of Science in education and psychology in 1972 and a Master’s Degree in Counseling in 1982. She was the first in her family to attend college. Donna taught middle school English in the New Richmond School District for nineteen years. In addition to teaching, Donna managed the school newspaper, coached the forensics team and spelling bee participants and coordinated many student and teacher events. She and Stan retired from teaching in 1991 and spent several years traveling around the US and Mexico. They spent their winters in Mission, Texas, for fifteen years.  Donna was an avid supporter of school athletics and volunteered at many athletic events, most notably at-home track meets for 26 years. In addition to volunteering for the school district, Donna was active in many volunteer organizations. She was a member of Jaycettes from 1961 to 1973 and volunteered at the Heritage Center from 1991 to 2006. She was a cub scout den leader and a Sunday School teacher at First Lutheran Church for many years. In Mission, Texas, Donna volunteered at a local elementary school, ran the Toys for Tots program for the city police department, created layette sets for migrant workers’ children and ran a club that taught crafts to retirees in her subdivision. She and Stan also played Santa and Mrs. Claus for the grandchildren of their fellow residents in their retirement community. Donna was also a member of Red Hats in both New Richmond and Mission. Donna loved to create with her hands. She enjoyed sewing for her family and friends throughout her life. After retiring, she turned her love for creating into a craft business and attended fairs around Wisconsin, Minnesota, and Texas. Her products were always popular. She also continued to expand her talents after retirement, learning to paint and make porcelain dolls. Donna is survived by her husband of sixty years, Stanley; her five children Craig (Kathy) Barr of Council Bluffs, Iowa, Terry Barr of New York City, Kellie (Paul) Nuber of Fort Collins, Colorado, Michelle Trace of Fort Collins, Colorado, and Brian (Jill) Barr of Madison, Wisconsin; eleven grandchildren Alyssa (Bruce) DeHaan, Amy (Joe) Grady, Amber Barr, Christopher Barr, Julia Barr, Ian Nuber,  Nathan (Rochelle) Nuber, Alex Nuber, Bryce Nuber, Tanner Trace and Cassidy Trace; one great-grandchild Joseph DeHaan; three sisters Beverly Hanson of Lanesboro, Minnesota, LaVonne Rodenberg and Eileen Goyette of La Crosse, Wisconsin, and one brother Robert (Claudine) Pederson of Chatfield Minnesota; and many nieces and nephews. She was preceded in death by her parents Helen and Lester Pederson and her sister Lois Housker.   Donna will be greatly missed by her family and friends. Visitation was held on Friday, April 11 from 4 – 7 pm at Bakken-Young Beebe Chapel in New Richmond. A Memorial Service was held at First Lutheran Church in New Richmond on Saturday, April 12 at 11 am, with visitation starting at 10 a.m. In lieu of flowers, the family would appreciate donations to the Alzheimer’s and Dementia Alliance of Wisconsin or the Alzheimer’s Foundation of America.  Arrangements are with Bakken-Young Funeral & Cremation Services Beebe Chapel of New Richmond.