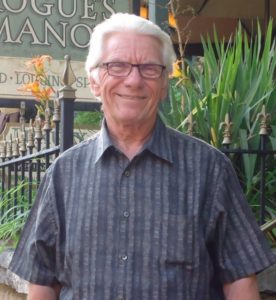 Donald Edward Pabst, age 74 of New Richmond, WI passed away at home surrounded by his family on Thursday, May 9, 2019, from multiple myeloma. Don was born in St. Paul, MN. In 1950, his family moved to Amery, WI where Don graduated from Amery High School in 1962. He joined the Wisconsin Army National Guard in June of 1965 and served six years with Honorable Discharge on June 6, 1971, as Staff Sergeant. On June 10, 1967, he married Barbara Durand, his wife of almost 52 years. In 1972, they moved to New Richmond where daughters Tracie and Tami grew up. He worked in the packaging machinery industry until his retirement in 2003.

Don and Barb enjoyed many road trips traveling throughout the United States. They also visited many National Parks with Glacier National Park being one of their favorites. Don also had a passion for corvettes and enjoyed going to car shows throughout the Midwest. He was a member of Classic Corvettes of MN and received many awards for the three corvettes that he owned with one being featured in the Corvette Fever magazine of July 2005.

Thank you to St. Andrew’s Lutheran Church pastors and members and also family and friends for all of your love and prayers. Thank you to Regions Hospital and Westfields Cancer Center for the wonderful care from the oncology doctors and nurses during the past three years. Thank you to Lakeview Homecare and Hospice of Stillwater, MN who were always there for us. All of you will always have a special place in our hearts.

Private family interment will be at Amery Cemetery, Amery, WI.