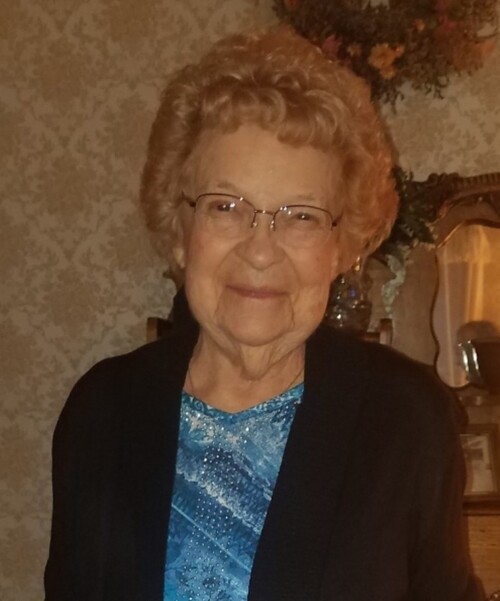 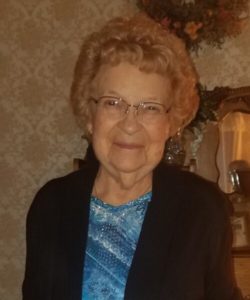 Dolores Leona Pechacek age 95, of River Falls, Wisconsin died on Wednesday, May 19, 2021 at home surrounded by loved ones and family. Dolores was born on June 16, 1925 in Minneapolis, Minnesota to Frank and Fannie Bachel. She was one of four children born from that marriage. If you would ask Dolores about her childhood, she would tell you it was a simpler time. She shared memories of growing up poor and understanding the value of a dollar, no electricity, or water in the house and using kerosene lamps at night. Learning the importance of hard work by doing dishes, cleaning, and bringing in wood and water from outside. She smiled recalling simple pleasures as a kid like running barefoot through the wet grass at night, hide and seek, Annie Annie Over and hopscotch. After graduating from high school at 17 she and her sister Lorraine got a job at Langwear sewing Military uniforms for 25 cents an hour. Her best memory of that job was saving enough money to put electricity in their parent’s house. However, that job blessed her in more ways than one. The girls at Langwear decided to have a party at the Glen Park Lodge which is where she met her husband Roman. She would blush and smile reminiscing about when they dated going to a dance every weekend and a show every Sunday and Wednesday nights and that she fell for him because he was so kind to everyone and a hard worker. They got married on May 14, 1946 and that was the beginning of their love story and the beautiful life they built together. That love quickly grew into another incredible love which was for their beautiful farm. They worked so hard together to make that farm what it was. It was a labor of love. They were truly partners. Dolores would run the house, take care of their children and then be outside pitching hay in a dress and feeding the pigs. They were a team and it was obvious anywhere you looked on that farm. When they started out there were no tractors so, she would walk behind him in the fields helping him as he walked behind the horses working the fields. She also wanted the farm to be beautiful, so she sewed curtains for all the barn windows and other building, planted pretty flowers all over and never let one weed grow anywhere. She said what made their marriage work was three things; be honest with each other, go to church together and get on your knees as a couple and pray together. As a mother she gave her children such a good life. She not only instilled a love for God in them but taught them the importance and value of love and kindness. Dolores was such a hard worker. She not only worked on the farm but decided to get a job in town. She worked at Schultz, Snyders and Freeman Drug. She oversaw the greeting cards. She worked so hard at making sure they were neatly in place and always stocked. She was so proud of her cards. She worked that job until she was 93. It was more than a job to her. She so enjoyed talking to the people who came in, but most of all she loved her Freeman’s family. Some of Dolores’ favorite things were her beloved John Deere riding lawn mower and mowing grass, her collection of angels, spending time in prayer, eating ice cream, reading anything about heaven, puzzles, watching Survivor, cooking, playing Solitaire on her iPad, taking naps in her electric blanket and Christmas time on the farm and all the holiday traditions. Dolores was truly a beautiful person inside and out. She was the first to help anyone and did not like to see anyone sad or suffering. She went above and beyond for every one of her children and grandchildren. She spoiled all of them not only with gifts, fun outings, trips and over the top holidays, but most importantly with her fierce love, loyalty, kindness and support. The hole she left behind will never be filled. She was one of a kind and the heart of the family who can never be replaced. She touched every life she was a part of and is going to be terribly missed. Dolores is survived by her children, Richard (Barbara) Pechacek, Patty (Phil )Most, Karen (Toby Gary) Marsh, Tom Pechacek, Janice (Tim) Pechacek; grandchildren, Annette (Dan) Johnson, Scott (Lora) Pechacek, AmyJo Most, Eric Most, Travis (Meri) Most, Tony (Melissa) Pechacek, Andy (Becky) Pechacek, Amber (Chad) Hanson, Jennifer Joy, Abbie Joy, Ryan Joy; great-grandchildren, Cody Johnson, Kelsey Johnson, James Pechacek, Rachel Pechacek, Evan Pechacek, Olivia Most, Sophia Most, Gracie Pechacek, Elena Pechacek, Nolan Pechacek, Jolie Pechacek; and many nieces, nephews and friends. Dolores was preceded in death by her husband, Roman Pechacek; parents, Frank and Fannie Bachel; sisters, Lorraine French, Jeanette Deiss; brother, Dale Bachel; and granddaughter, Paula Pechacek.  Mass of Christian Burial was held at 11 am on Tuesday, May 25, 2021 at St. Bridget Church 211 E Division Street River Falls, WI and will be streamed live through the link just below this obituary.  Visitation was also on Tuesday from 10-11 am at the church.  Interment was in St. Bridget Cemetery.  We would like to thank Adoray Hospice for their compassionate care, Dr. Carrie Torgerson for her excellent care and understanding, Father Harris for the love he gave over the years and the family and friends that surrounded her with love from the first day she got sick through the following couple of days until she went to be with Jesus.  Arrangements are with Bakken-Young Funeral & Cremation Services.