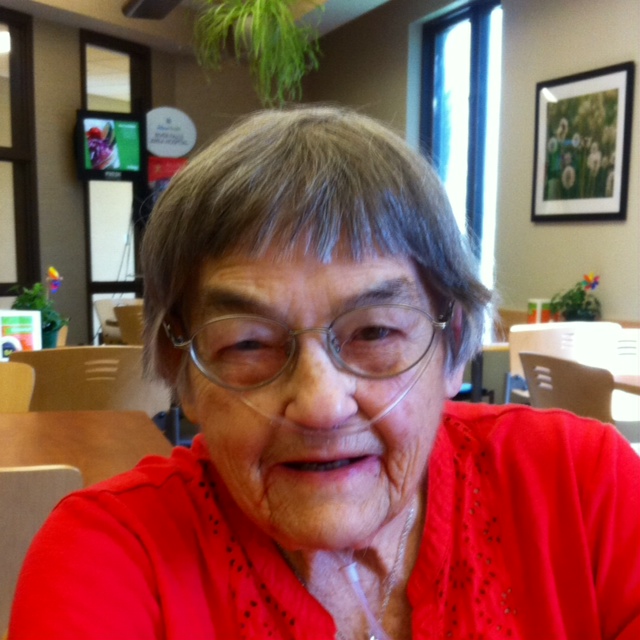 October 11, 2014
Delores L Whitman passed away peacefully at the River Falls Area Hospital on October 10th at the age of 85. She is preceded in death by her parents Elmer and Elizabeth Sjolander, also by her former husband Edward G. Whitman. Survivors include four children, Cindy Whitman of River Falls, Nancy (Larry) Dokkestul of Pepin, Edward (Paula) Whitman of River Falls, Susan (Kelly) Bopray of River Falls, six Grandchildren, 5 Great Grandchildren, her best friend Loraine Augustine and KC (her cat).  Dee was born in Minneapolis on December 14th 1928. Graduated from Washburn HS and attended the University of Minnesota. She successfully raised her children while being relocated numerous times in conjunction with Edwards’s employment at Eastern Airlines. In 1974 the family moved to the farm east of River Falls to be closer to Dee and Ed’s parents and have more room for the expanding cattle herd. It is here that the family finally was able to put down roots and call River Falls home. Although raised a city girl, Dee quickly acclimated to rural life, accepting goats running through her dining room, pigs wreaking havoc in the flower garden and cows standing in the middle of the road when a gate was left open.  After the farm was sold and in her retirement years Dee enjoyed playing Bridge, became an avid golfer and spent many hours in the company of her grandchildren and great grandchildren. Dee’s final years were spent in the Kinnic Nursing Home in River Falls. It is here that she met Loraine and the two quickly formed a friendship. Dee turned in her Bridge cards and golf clubs for SkipBo and Uno cards, water paints and bingo. She was a member of Ezekiel Lutheran Church in River Falls and her faith carried her through life.  A private memorial service was held.  Arrangements are pending with Bakken-Young Funeral & Cremation Services of River Falls.