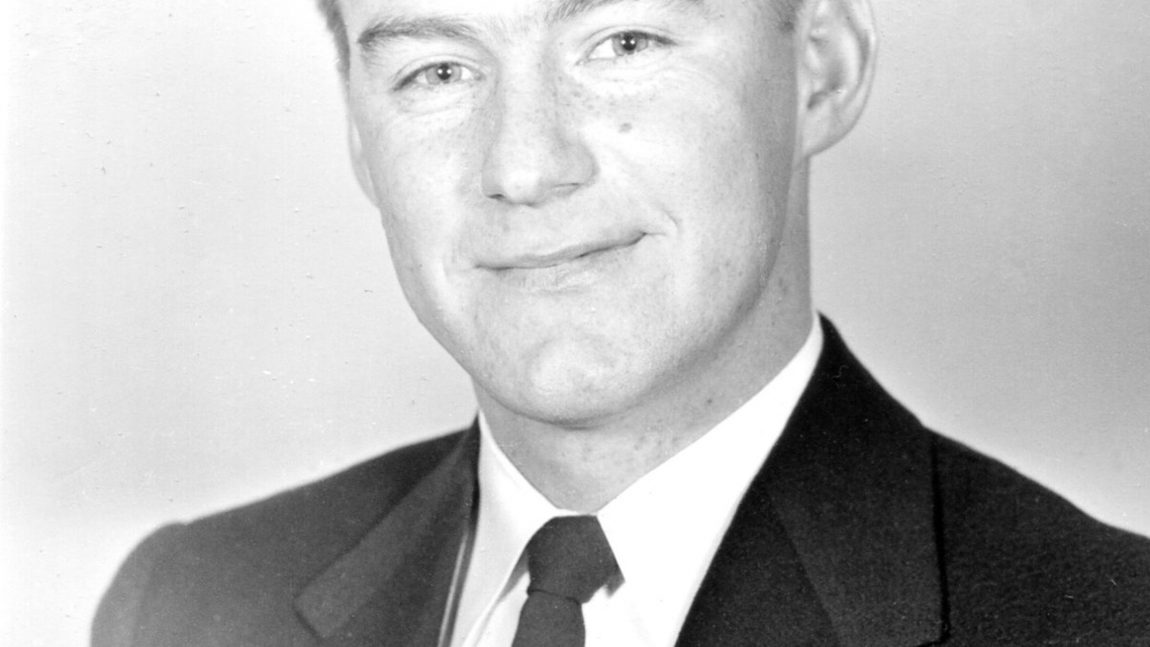 Larry Hovde, M.D., born on Dec 28, 1931 joined the Lord in heaven on April 30, 2014. Larry was a loving husband, father, and grandfather, a devoted family doctor, and loved to travel and climb mountains.  Larry was a native Pepin-ite. He was born in a little brick building on Front Street that overlooked the icy shores of Lake Pepin. For much of his adolescent life, Larry lived with his grandmother, Carrie Olson. He stayed in Pepin until he left for medical school at the University of Minnesota.  Post University of Minnesota and during his residency, Larry traveled around the country treating patients until he finally settled down in Fairfield, California. He practiced family medicine there for 23 years before deciding he didn’t like 80 degree weather year round. A heart attack also convinced him that Pepin and its beautiful lakes, clean air, and kind people would have a healing effect. Larry came back to Pepin in 1990.  Being a good doctor was important to Larry. He was proud of the profession, proud of the positive impacts doctors have on people’s lives, and proud of delivering thousands of babies. While Larry came back to Pepin to retire, Larry could never stop being a doctor. Larry would routinely make house calls and ask for only cookies as payments. Occasionally, the Pepin ladies would insist on buying Larry lunch for his services, much to his sweet tooth’s disappointment.  While in Pepin, Larry had a positive impact on the community. He was a Pepin County Supervisor, church treasurer, founding member and treasurer for the Mississippi Valley Partners, and would often be found picking up garbage along Hwy 35. His favorite place to eat was the Harbor View Cafe, where he could be found drinking a nice glass of Chardonnay.  Larry was a devoted and loving husband to Edna. They were married for 29 wonderful years, filled with happiness and joy. During their time together, they traveled the world and lived for a time in China. They lived in China for one year, so Larry could teach at the Beijing Medical University and Edna could perfect her understanding of Chinese calligraphy and painting. They traveled Europe for months at a time. One of Larry’s proudest achievements was climbing Mt. Everest. He made it to the base camp but was unable to summit, because a French woman had an embolism; fortunately for her, a Doctor was right there to care for her.  Larry was a devoted family man with six children and five grandchildren. Larry’s kids are Laurie and her husband Steve, Sue and her husband Earl, Todd, Paula and her husband Gary, Mary, and Debbie and her husband Neile. Larry’s grandchildren are Jenny, Shannon, Kaytie, Olivia, and Annabelle. Larry’s wife is a Chinese Princess and a world famous Chinese calligraphist. His children and grandchildren consists of engineers, scientists, medical professionals, Meteorologists, Olympians, Real Estate moguls, nutritionists, cooks, and singers.  Larry is preceded in death by his daughter Sue.  Larry will be greatly missed by all of us.  A Funeral Service was held on Monday, May 5, 2014 at 2 pm at Immanuel Evangelical Lutheran Church in Pepin, WI.  Visitation was also Monday from 12:30 –  2 pm at the church.  Interment will be in Oakwood Cemetery in Pepin at a later date.   Arrangements are with Bakken-Young Funeral & Cremation Services of Maiden Rock.