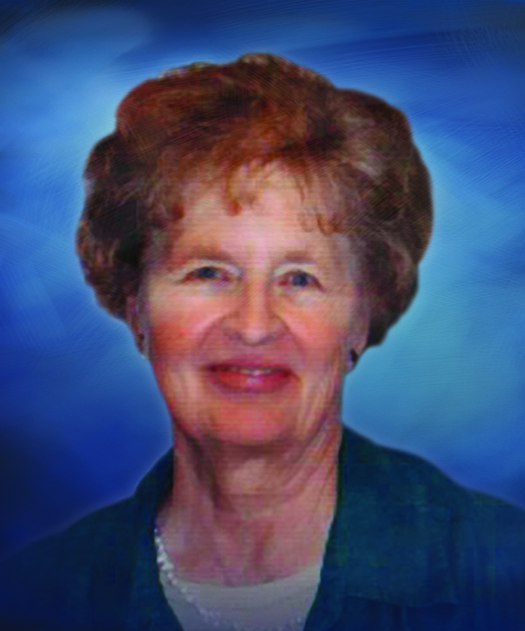 Deanna Judith Nelson, age 78 of River Falls, loving wife, mother, grandmother and sister passed away on January 19, 2017 at the Kinnic Nursing Home in River Falls, WI.  Deanna was born in Minneapolis, MN on May 8, 1938 to parents Helmer and Eva Peterson.  She graduated from high school in Brookston, MN.  After graduation, she moved to Minneapolis employed at the Lutheran Brotherhood Insurance Co.  It was then she met and married her husband, Leland (Lee) Nelson on February 27, 1960.  Her husband’s employment prompted moves to Milwaukee, WI, Bloomington, MN, and Chicago, IL with a final home in rural River Falls in 1975.  Here she was active in the art club, PEO Group, Homemaker Club, Church Choir, Sunday School teacher and Bible study groups.  Her later years she spent much time creating artworks and crafts.  She enjoyed painting on smooth rocks and was most creative in doing so.  Her biggest enjoyment in life was spending time with her family.  She had been a cheerleader in high school and this talent carried over in rooting for her kids and grandkids.  They were involved with 8 different types of sports.  Their musical programs and plays brought great joy to Deanna.  They were all stars in her eyes always.  She was a proud Finn and she toured Finland with a relative.  She and Lee cruised to Alaska and the islands of Hawaii as well.  The early years of their marriage the family toured numerous parts of our country with their pop up camper…. introducing the children to our great national parks.  They spent parts of 7 winters in Mesa, AZ where she was very active in an art club there.  Deanna’s love and compassion will be carried on through her children she leaves behind:  Carolyn (Mike) Komel, Gary (Sarah) Nelson, Rodger (Lonie) Nelson, Eric (Katie) Nelson, Paul (Kami) Nelson; and through her grandchildren, Casey, Sam, Joe, Danielle, Nicole, Taylor, Spencer, Christopher, Alex, Zachary, Ottilea and Sigurd.  Deanna is also survived by her husband of 56 years, Leland Nelson; sister, Betty Melin; sisters-in-law, Betty Peterson, Myrna Peterson, Mildred Nelson, Mardell Nelson, Jackie Nelson; brother-in-law, Eldon Nelson; and numerous nieces, nephews, cousins and friends.  She is preceded in death by her parents, Helmer and Eva Peterson; brothers, Harvey, Kenneth, and Richard Peterson; brothers-in-law, Neil Lindamood, Douglas Melin, Mahlon Nelson, Harold Nelson, Truman Nelson, Oren Nelson, Lawrence Nelson, Raymond Nelson, Glenn Overlien, Darwin Erickson; sister, Elaine Lindamood; sisters-in-law, Alida Nelson, Verna Nelson, Luella Overlien, Beatrice Erickson and Eleanor Nelson.  A Funeral Service was held on Saturday, January 28, 2017 at 12 pm at Lutheran Memorial Church 420 S 4th Street River Falls, WI.  Visitation was held on Friday, January 27, 2017 from 5-8 pm at the Bakken-Young Funeral Home 805 E Division Street River Falls and on Saturday from 11 am – 12 pm at the church.  Interment was in the Greenwood Cemetery in River Falls.  Memorials may be directed to the Luther Memorial Church or a charity of your choice.  Arrangements are with Bakken-Young Funeral & Cremation Services of River Falls.